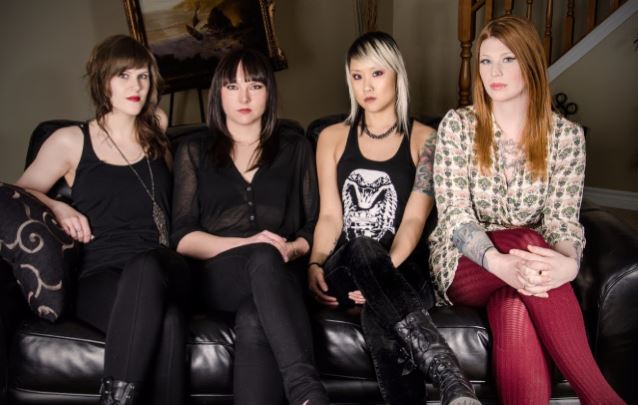 KITTIE's cover version of the DAVID BOWIE classic "Space Oddity" can be streamed using the widget below. The song is featured on "A Salute To The Thin White Duke - The Songs Of David Bowie", which was released yesterday (Friday, October 2) via Cleopatra Records.

KITTIE drummer Mercedes Lander stated about the band's inclusion on the album: "Cleopatra actually approached our label, eOne, for us to do the tribute. Morgan [Lander, guitar/vocals], Tara [McLeod, guitar], and I chatted about what song we wanted to do, we had a list of songs to pick from and narrowed it down to one or two. We thought that 'Space Oddity' would be the song that would translate the best, and it would be easy to 'KITTIE' the song up. We went into Beachroad Studios with [producer] Siegfried [Meier] in December and got it done in one day."

"A Salute To The Thin White Duke - The Songs Of David Bowie" track listing:

KITTIE will release a career-spanning documentary next year. The trailer for the film premiered on September 25 in London, Ontario, Canada's historic Hyland Cinema in conjunction with the Canadian premiere of "Nintendo Quest: The Most Unofficial And Unauthorized Nintendo Documentary Ever!" as part of the London Comic Con convention.

The film aims to deliver a certain perspective to the band's unique audience. It contains footage from all eras of the band and features a number of band members both past and present. It's rare that a band takes the time to catalog their entire career on video, but that's exactly what KITTIE did and it's another reason this film will be special. You will see the evolution of the band, and their music on screen. 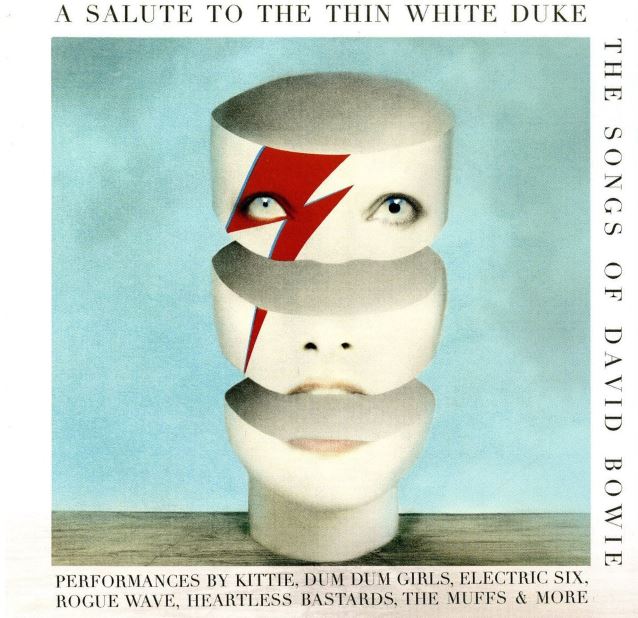