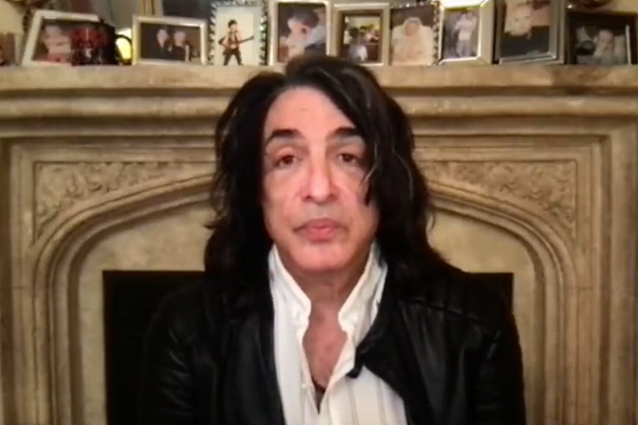 In a new interview with "Talking With Mark Strigl", KISS co-founder and frontman, best-selling author and Rock And Roll Hall Of Famer Paul Stanley, who is promoting the debut album from his SOUL STATION project, was asked about the prospect of either KISS or SOUL STATION hitting the road later this year. He said (as transcribed by BLABBERMOUTH.NET): "I'm optimistic, because I think the idea of big bands going out and doing arenas or stadiums, I think we've got a long way to go before that happens. KISS will pick up the 'End Of The Road' tour as soon as we can, but that's gonna be on hold. A lot of bands or a lot of people can be putting tickets on sale for concerts, but most of them are gonna wind up postponing again, 'cause it's not safe, and promoters can't get insurance. So there's so many reasons why that's not gonna happen. However, the idea of SOUL STATION doing smaller shows, I think, is much more possible. So during that time, could we be out there playing? Fingers crossed, man. I wanna go."

Due on March 19 via Universal Music Enterprises, SOUL STATION's "Now And Then" is a collection of nine classic soul covers and five original tracks. Included on the LP are the band's version of THE FIVE STAIRSTEPS' "O-o-h Child" as well as SOUL STATION's take on THE SPINNERS' "Could It Be I'm Falling In Love".