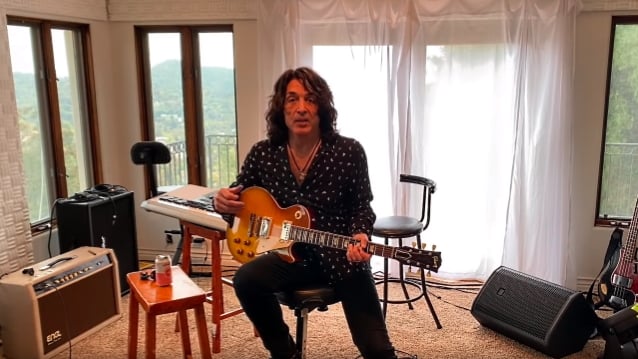 KISS frontman Paul Stanley, who has spent the last "17 or 18 days" at home in an effort to help slow the spread of the coronavirus, has shared a video of him talking about how he wrote the band's classic song "Love Gun". Check out the clip below.

"Love Gun" was the title track of KISS's sixth studio album, which was released on June 30, 1977 and was the band's highest-charting LP at the time when it topped out at No. 4. "Love Gun" marked not only the band's first to include lead vocals from all four members — Stanley, Gene Simmons, Ace Frehley and Peter Criss — but the last to feature the original foursome performing the music, with future David Letterman drummer Anton Fig soon becoming KISS's go-to-man behind the scenes.

Formed in 1973 by Stanley, Simmons, Criss and Frehley, KISS staged its first "farewell" tour in 2000, the last to feature the group's original lineup.