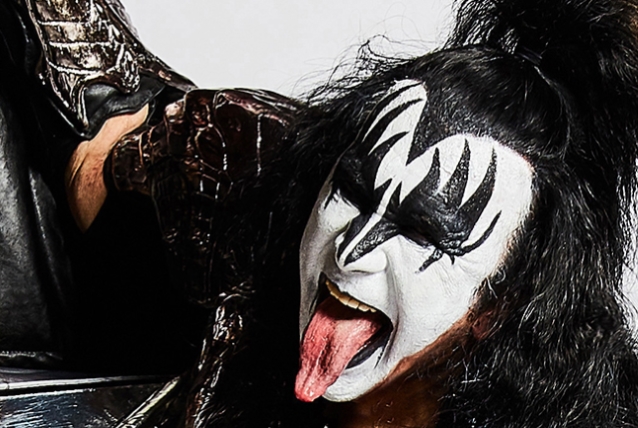 Gene Simmons has admitted to Yahoo! 7 News that and fellow KISS co-founder Paul Stanley have their differences, and he can drive Paul crazy sometimes. "I'm peculiar," he said. "I recognize that. I'm eccentric. I am all about myself. I love the sound of my own voice."

Drummer Eric Singer described the relationship between Gene and Paul as "like Ying and Yang. A battery has a positive side, negative side, and together that creates the electrical energy that is needed for it to power something."

Gene told Guitar World magazine in a recent interview that he would be "nowhere" if he hadn't met Paul nearly half a century ago. "Because there is something called chemistry," he explained. "Although it’s fair to say Paul and I are completely different people. But we're two different sides of the same coin. I don't have any brothers or sisters on my mother's side. But certainly Paul would be the brother I never had. And we constantly disagree about all sorts of things, but we share the important values that make great relationships last a lifetime. Love of family. Don't abandon your kids. Show up on time. Do the work. Be gracious. Have a work ethic. Do all that stuff. And if you're lucky, goddammit, and if you're blessed to have the right thing at the right place at the right time, then you're even more lucky if you find somebody else you can work with. Because if [Mick] Jagger has an off night, THE [ROLLING] STONES aren't so good. But if I have an off night, I know Paul's going to push it through to the goal. Same as when he has an off night. And don't kid yourself — Tommy [Thayer, guitar] and Eric often give us good kicks in the pants, too."

Asked by the Arizona Republic how he and Gene have managed to keep working with each other for so long, Stanley responded: "I think maybe because of our backgrounds and our stock in terms of heritage or whatever. We believe in working hard for what we're given. We're not slackers. I also believe we've built a relationship on trust and a relationship on respect for each other. It doesn't mean we haven't fought or had our moments. But so do brothers. And I think Gene is the closest thing I've had to a brother. I can count on him in any situation. He's been there for me and I will always be there for him."

Having said all that, Stanley continued: "That doesn't negate the fact that we are very different people in how we react or respond to things. Or what we say. Do I agree with a lot of things he says or certain things he does? Of course not. Do I like certain behavior? No. But that's not what our relationship is about. Nor does it need to be. We are different people. But at the core of it, there are some basics that are very in tune with each other. And I think the years together have only cemented us that much closer."

KISS's "End Of The Road" farewell tour launched in late January in Vancouver, British Columbia, Canada. The first leg of the global trek, which could last three years, wraps April 13 in Birmingham, Alabama.