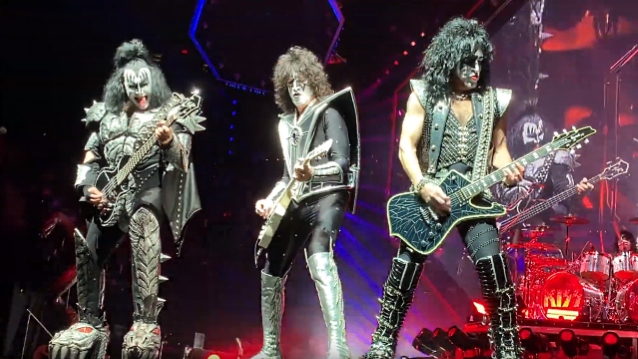 KISS guitarist Tommy Thayer told Australia's Hysteria Magazine that the group's farewell tour will be "the biggest" one the band has ever done "in terms of production." It will be "a whole new thing for KISS," the guitarist said. "It's just gonna be the bombastic show KISS has always been famed for."

The first North American leg of "End Of The Road" will hit an additional 42 cities.

The lineup features the current version of the band — Stanley, Thayer, Gene Simmons and Eric Singer. But Stanley has hinted that former members like Ace Frehley and Peter Criss could make appearances.