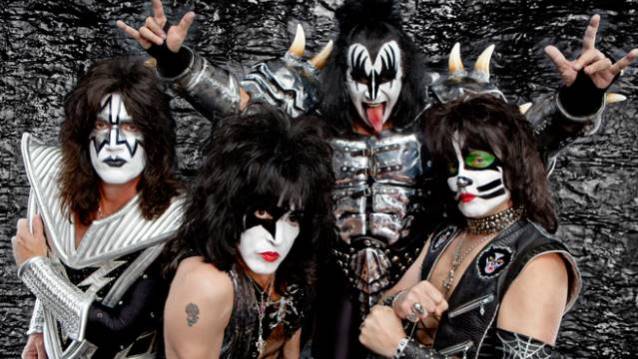 Legendary rockers KISS have won the fan vote for induction into the 2014 Rock And Roll Hall Of Fame.

The Rock Hall's official poll will be used to create a single online fan vote. That will be matched against about 600 voters consisting of artists, historians and members of the music business.

The artists who get the most votes will be announced later this month December and will be inducted at a New York City ceremony next April. Highlights from the event will be shown on HBO in May.

During an interview with The Huffington Post, KISS frontman Paul Stanley took time to salute the band's fans while taking a swipe at chairman of the Rock And Roll Hall Of Fame Foundation, Jann Wenner, when asked if he ever sees a day when KISS will be inducted into the Rock Hall. "Well, it depends on who lives longer, us or Jann Wenner," Stanley said.

KISS bassist/vocalist Gene Simmons told Rolling Stone last year about being shut out of the Rock Hall: "It's become a joke. We've been thinking about it and the answer is simply, 'We'll just buy it and fire everybody.' In all seriousness for the fans, for something to be called Rock And Roll Hall Of Fame is such an insult to MADONNA, BLONDIE. . . Who the fuck knows what other disco act is in there? It's an insult to them because they don't get to be in the 'Dance Hall Of Fame', because that's what they do. They're legitimate dance, disco artists. They don't belong in rock and roll."

Stanley added: "The Rock And Roll Hall Of Fame has reached a point where they're really scrounging and scratching to find someone left that they consider viable. With all due respect, when you get to Patti Smith, you're about two steps away from Pete Seeger."

Gene Simmons told The Pulse Of Radio that awards hold little allure for him, since it's the fans that ultimately decide who stays around and who doesn't: "Our awards are under the 'K' section in record stores. Every time somebody goes out and plunks down their hard-earned money — either for a KISS ticket or for an album — that's the award, and reward."