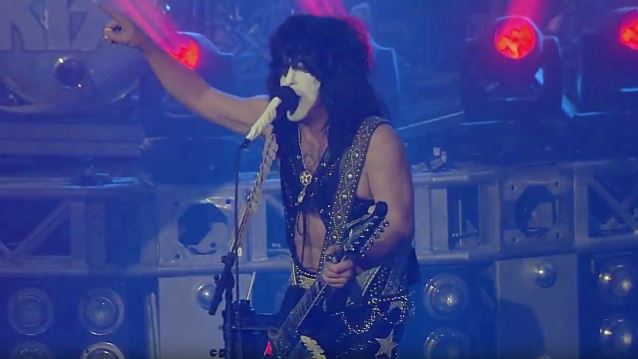 Captured in the midst of their 40th anniversary world tour, the Rock And Roll Hall Of Famers sonically shook Vegas during their residency at The Joint at Hard Rock Hotel And Casino in November 2014. This Sin City set sizzles with KISS classics from across their 44-album legacy: "Rock And Roll All Night", "Detroit Rock City", "Shout It Out Loud", "Love Gun" and more. As a bonus feature, "Kiss Rocks Vegas" includes a seven-song acoustic set. Punctuated with pyrotechnics galore, the film presents the fire, electricity, and one-of-a-kind rock experience that earned KISS over 100 million sales globally.

The Deluxe Edition of "Kiss Rocks Vegas" is presented as a hardcover package with a 12X12 book, boasting photos from the show and an exclusive CD.

Said KISS frontman Paul Stanley: "We rocked and Vegas rolled! This was epic in-your-face KISS! We got up close and personal. I think rock and roll fans will really enjoy this spectacle that only KISS can deliver."

Added Gene Simmons: "KaBOOM! We blew up the Joint at The Hard Rock in Vegas like never before. We are very proud of this and know that you will be blown away as well."

He continued: "We [had] just finished 42 cities and played for 600,000 people, but that meant that every night the show got disassembled and moved. There's something appealing and challenging about building a set that doesn't have to be moved. You don't have to take into account the practicality of it, being able to be broken down constantly and reassembled. So this was something that we had wanted to do for quite a while; it was just a matter of making sure we found people who were in agreement on how to do it. The Joint was the natural place to do it." 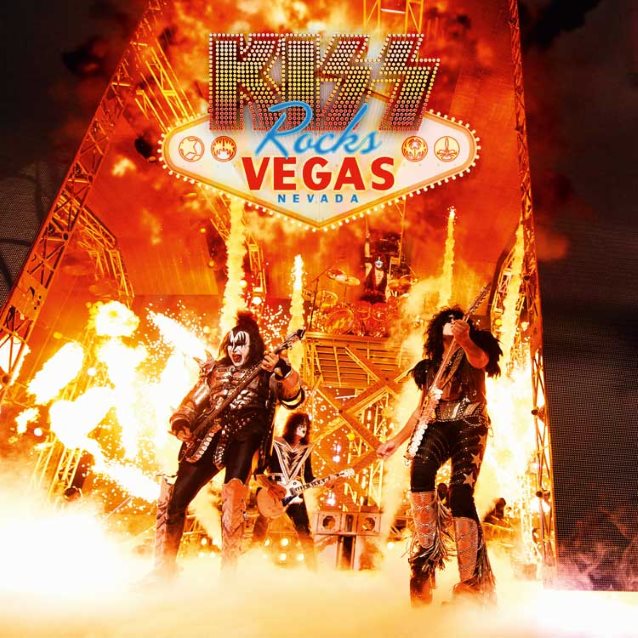