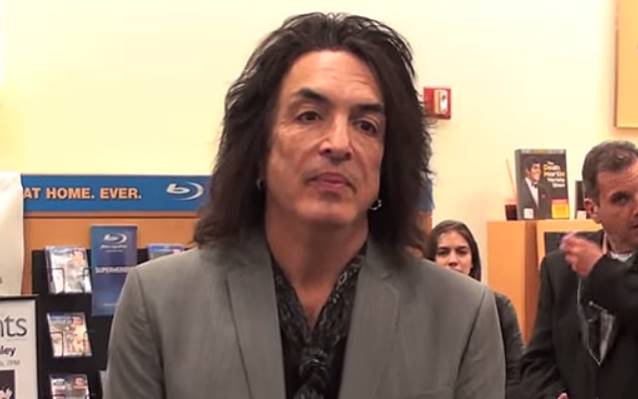 KISS is rumored to be planning a Las Vegas residency at the Joint at The Hard Rock Hotel And Casino this fall.

Several signs hinting at the run of shows have been spotted around Vegas, including the one seen in the tweet below.

When asked by ABC News Radio directly if he could confirm the residency, KISS guitarist/vocalist Paul Stanley sidestepped the question by answering, "I've seen the same posters you have, and I guess we'll both find out what this is about as time goes on. Time tells all, I guess."

When ABC News Radio then asked directly if Stanley could confirm the news, the rocker replied, "No, but I can only anticipate that if those posters are any, any indication of things to come, it will be everything that people would expect and more."

DEF LEPPARD, MÖTLEY CRÜE and GUNS N' ROSES have all completed successful Las Vegas rock residencies, with the latter two acts having already undertaken their second stints at the Joint.

Residencies enable venues to say they have established relationships with certain performers, who have often tailored shows specifically for the residency period.

DEF LEPPARD's 2013 three-week "Viva! Hysteria" run in Sin City included a performance of the band's greatest hits, plus their 1987 album "Hysteria" in its entirety.