KISS' "Love Gun: Deluxe Edition" is being made available today (Monday, October 27). The two-disc set features the original 1977 album, along with a bonus disc featuring assorted demos and live tracks.

A promotional video for "Love Gun: Deluxe Edition" can be seen below.

"Love Gun", which was KISS' sixth studio album, was released on June 30, 1977 and was the band's highest charting album to date when it topped out at No. 4. "Love Gun" marks not only the band's first to include lead vocals from all four members — Paul Stanley, Gene Simmons, Ace Frehley and Peter Criss — but the last to feature the original foursome performing the music, with future David Letterman drummer Anton Fig soon becoming KISS' go-to-man behind the scenes.

The 2CD / digital edition includes the complete original album re-mastered on the first disc, featuring such classics as the title track "Plaster Caster", the song inspired by Cynthia Plaster Caster, the groupie famous for taking casts of rock star genitalia; "Shock Me", written about Ace Frehley suffering an electric shock during a concert in Lakeland, Florida; "Christine Sixteen", and "Then She Kissed Me", the band's cheeky, gender-switching cover of the CRYSTALS' 1963 hit penned by Jeff Barry, Ellie Greenwich and Phil Spector.

The second disc is made up of rare, previously unreleased "Love Gun" demos of "Plaster Caster", "Then She Kissed Me", "Tomorrow And Tonight" and "Much Too Soon". Also, the first four lines of the demo "I Know Who You Are" eventually evolved and became the song "Living In Sin". A glimpse into Paul Stanley's creative process is demonstrated in "Love Gun (Teaching Demo)", with Stanley talking through the various chords of the song after writing the song with the next version — "Love Gun (Demo)" — being the complete demo performance. "Reputation", the only previously released demo, was originally included on this year's "KISS 40" compilation.

Also included is a 1977 interview with Gene Simmons, as well as three never-before-available live tracks from the KISS show at the Capitol Centre, Landover in Maryland from December 20, 1977 — "Love Gun", "Christine Sixteen" and "Shock Me". The package also includes liner notes written by DEF LEPPARD's Joe Elliott, who was recently on tour with KISS. 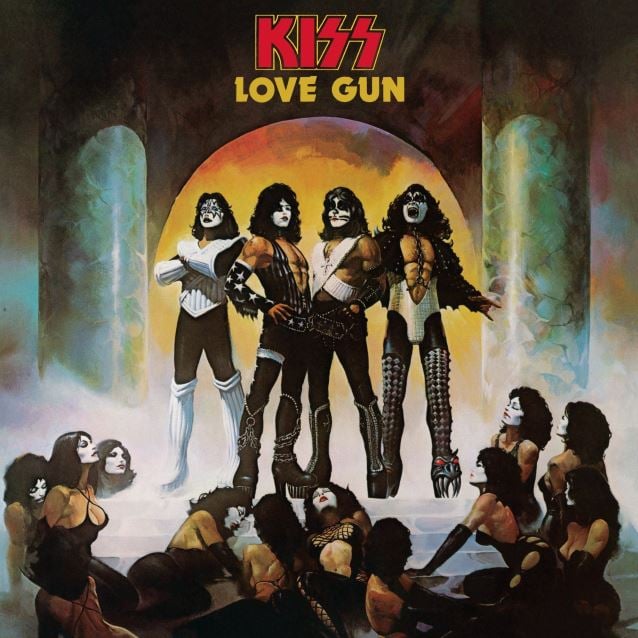