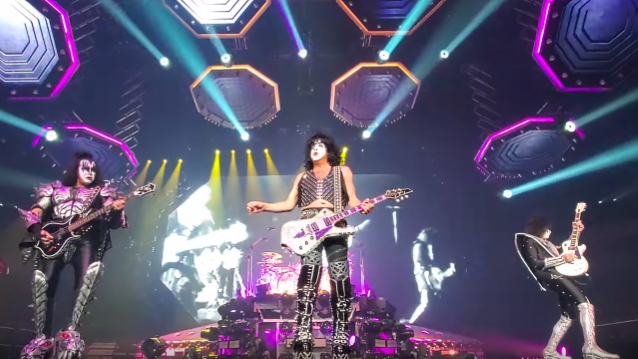 KISS kicked off the winter 2020 North American leg of its "End Of The Road" Saturday night (February 1) at the SNHU Arena in Manchester, New Hampshire. The band's setlist included the addition of two songs, "Tears Are Falling" (from KISS's 1986 album "Asylum") and "Parasite" (from KISS's 1974 album "Hotter Than Hell"), and the removal of "Hide Your Heart" and "Let Me Go, Rock 'N' Roll".

Fan-filmed video footage of KISS performing the two newly added songs can be seen below.

In a recent interview with BackstageAxxess, KISS guitarist Tommy Thayer spoke about the current North American leg of "End Of The Road". The trek features VAN HALEN vocalist David Lee Roth in the support slot.

"First of all, this is a must-see show," Tommy said. "If you haven't ever seen KISS, this is definitely your last opportunity to come to see the show. It's something you never want to miss. At least once in your lifetime, you've gotta see the show. This show is built, as you've seen, it's the biggest one we've ever done and I'm not just hyping it. It's really incredible. We put a lot of time and effort into preparing for this in the first place. It's really paid off. The reviews, the response from fans, everybody across the board has been phenomenal. The shows have been sold out or close to sold out. I think we've played for almost two million people in 110 shows in 2019. The tour is going to go through 2020 and into '21. Our last show is going to be in New York City on July 21, 2021, but we're not announcing what venue it is yet. We have an end date now that we're going to work toward, so that gives a little more perspective to really this is the end of the road and everybody can see this is the schedule moving forward. Now is the time to come see the show. Even if you saw it last year, we're going to come out with new songs in the set starting February 1 on this leg, and revamping and freshening it up for 2020."

In a 2018 interview with Billboard, frontman Paul Stanley suggested it would be unlikely for KISS to play any obscure songs during their farewell tour.

"For all the audience saying 'When are you going to record a new album or will you play a deep cut?' Why? We have 'Detroit Rock City', 'Love Gun', 'Rock And Roll All Nite', 'Shout It Out Loud', 'Firehouse', 'Hotter Than Hell' and the list goes on and on…. There isn't room for some obscure song. Songs that are obscure are obscure for a reason."

He added, "And if we're going to please a handful of diehards, the real crazy diehards, and have 20,000 other people go, 'What's that?' or "Let's go out and get a Coke,' then we are failing the masses. We wouldn't do that."

KISS's current lineup consists of original members Stanley and Gene Simmons, alongside later band additions, Thayer (since 2002) and drummer Eric Singer (on and off since 1991). 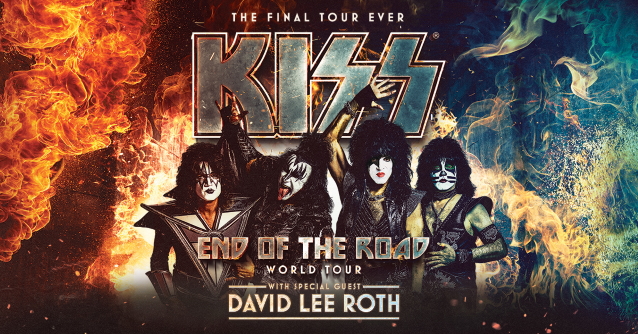