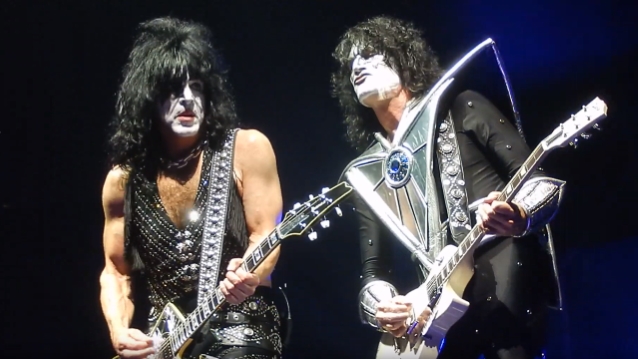 Fan-filmed video footage of KISS's April 11 concert at Amalie Arena in Tampa, Florida can be seen below.

The first North American leg of KISS's farewell tour, "End Of The Road", launched January 31 in Vancouver, British Columbia, Canada at Rogers Arena and is hitting an additional 43 cities.

The lineup features the current version of the band — Stanley, Thayer, Gene Simmons and Eric Singer.

"This is really a time of joy, and for us to be up there and celebrate what we've done together," Stanley told The Morning Call. "It's much better than finishing a tour, let's say, and then a year later deciding you don't want to go out and two years later you decide you don't want to go out. In that sense, you've called it quits, but this is so much better for us and better for the fans to go out there with the highest of spirits and the greatest of shows." 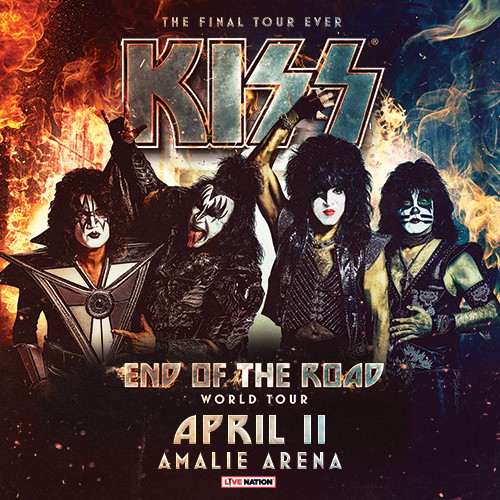