According to MilitaryOneClick.com, the U.S. Chamber Of Commerce Foundation's Hiring Our Heroes is looking to have 200 veterans and service members (preferably in uniform) come to the House of Blues in Hollywood for a special event/announcement.

On Monday, March 17 at the House of Blues in Los Angeles, KISS and DEF LEPPARD will announce the "2014 Heroes Tour" — and the U.S. Chamber Of Commerce Foundation's Hiring Our Heroes wants you to be a part of it.

The "2014 Heroes Tour" will help change the lives of veterans and military families across America. That's why KISS and DEF LEPPARD are teaming up with the U.S. Chamber Of Commerce Foundation's Hiring Our Heroes program to make this special announcement in front of an exclusive audience of the men and women who have proudly served our country.

RSVP as soon as possible to [email protected] (let them know if you can come in uniform).

KISS and DEF LEPPARD's joint summer U.S. tour is set to kick off in late June and run through the end of August. The trek will see KISS closing all dates.

With their signature makeup, explosive stage show and anthems like "Rock And Roll All Nite" and "Detroit Rock City", KISS is the very personification of rock stars. In 2014, the band celebrates the 40th anniversary of the release of their first album, "Kiss". After four decades of scoring countless hit singles, sold-out tours and appearing everywhere from comic books to lunch boxes to their very own TV movie, the iconic band remains one of the most influential artists in the history of rock and roll. At the top of American bands with the most gold albums, KISS has sold more than 100 million albums worldwide — including their chart-topping 20th studio album, "Monster", produced by Paul Stanley and released in 2012. In support of that album, the band performed their worldwide "Monster" tour with sold-out-out shows in Australia, Europe, South America, North America and Japan as once again KISS, and their loyal followers in the KISS Army, rocked the globe.

DEF LEPPARD's influential career includes numerous hit singles and ground-breaking multi-platinum albums — including two of the best-selling albums of all time, "Pyromania" and "Hysteria". Most recently, the band released their first live album, "Mirror Ball: Live & More", which rose to the Top 20 on The Billboard 200 chart. The album captures the group's legendary concert experience, bringing together live versions of classic LEPPARD hits such as "Rock Of Ages", "Pour Some Sugar on Me" and "Foolin'".

With 100 million records sold worldwide and two prestigious Diamond Awards to their credit, DEF LEPPARD — Joe Elliott (vocals), Vivian Campbell (guitar), Phil Collen (guitar), Rick "Sav" Savage (bass) and Rick Allen (drums) — continues to be one of the most important forces in rock music. Over the course of their career, the band has produced a series of classic groundbreaking albums that set the sound for generations of music fans and artists alike. The group's spectacular live shows, filled with powerful melodic rock anthems, have become synonymous with their name. For the past thirty years the band's concerts have become must-see events and have quickly made them an institution in the touring industry, as they continue to sell out arenas worldwide. 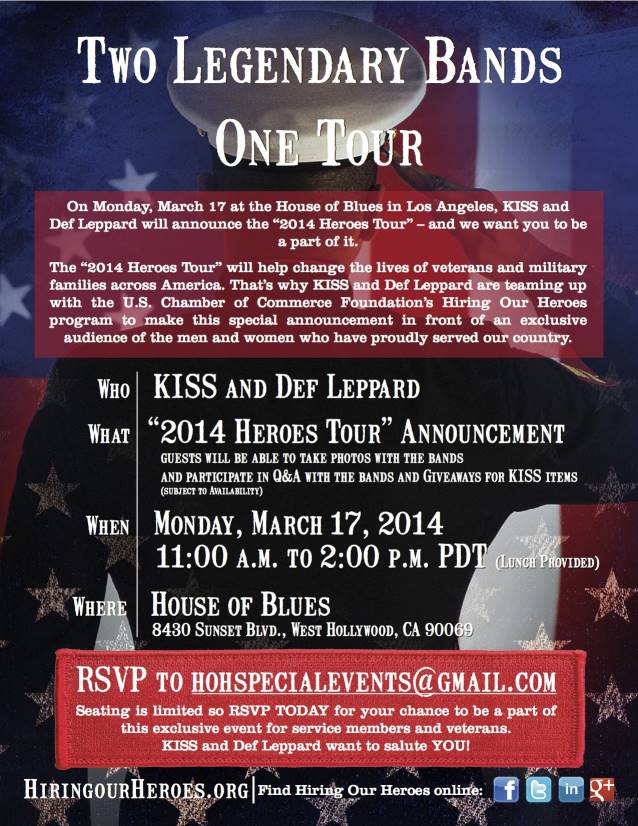