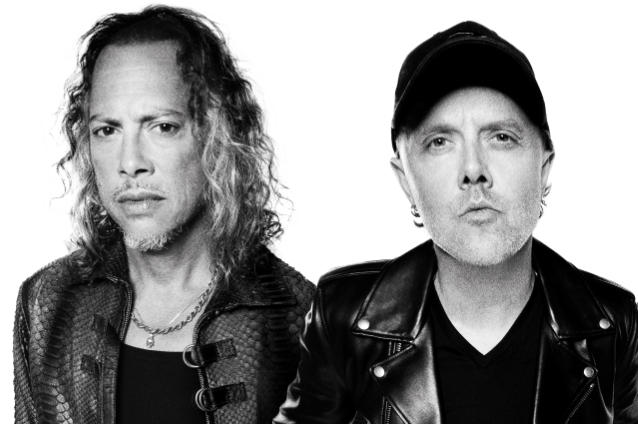 Kirk Hammett has wished his METALLICA bandmate Lars Ulrich a happy birthday in a gushing post.

The guitarist, who resides in Hawaii, took to his Twitter earlier today to send the drummer a message on his 56th birthday.

"To my musical mischief partner in crime and in all things under the sun , Larzy Poo!" Kirk wrote. "all the best of days bro-can't wait to start fuckin shit up again, hope you have a GREAT day, don't eat too much cake !!! Much love and Aloha , Musa kusa fisa , tak ! @larsulrich"

Ulrich, a native of Denmark, played tennis professionally as a teenager and could have gone on to a career as a tennis star, but chose music instead.

METALLICA was formed when Ulrich, who had moved to Los Angeles, placed an ad in a local paper called the Recycler looking for other musicians to play with. The ad was answered by guitarists James Hetfield and Hugh Tanner of the band LEATHER CHARM.

To my musical mischief partner in crime and in all things under the sun , Larzy Poo! all the best of days bro-can’t wait to start fuckin shit up again, hope you have a GREAT day, don’t eat too much cake !!! Much love and Aloha ,
Musa kusa fisa , tak ! @larsulrich pic.twitter.com/kolBOEGNMc