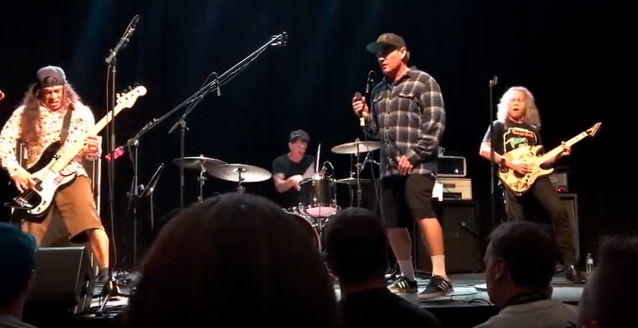 As previously reported, The Royal Ontario Museum in Toronto is hosting "It's Alive! Classic Horror And Sci-Fi Art From The Kirk Hammett Collection" from July 13, 2019 to January 5, 2020.

I have to say my life is an adventure. Went in to fill in for @KirkHammett at The Wedding Band rehearsal w/ Rob Trujillo, Whitfield Crane & Joey Castillo. Just jamming some covers & having fun. Next thing you know, I’m on my way to Toronto to do the gig & play WITH Kirk Hammett. pic.twitter.com/mPr832TqJk