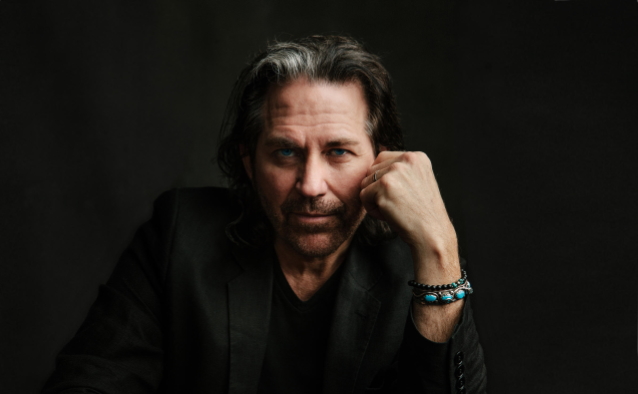 The producers of "Rock Of Ages" are thrilled to welcome Grammy Award nominee and '80s rock legend and performer Kip Winger for a special one-night-only encore performance at "Rock Of Ages" on Thursday, August 1 at 8 p.m. Show tickets are available at telecharge.com/rockofages.

Best known as frontman and bassist of the rock band WINGER — whose hits such as "Miles Away", "Seventeen" and "Headed For A Heartbreak" led the group to chart six Top 50 radio singles in the '80s and '90s, and sold millions of albums — Kip Winger has led a versatile and accomplished career throughout multiple genres. His early days as a performer included touring as a bass player with rock legend Alice Cooper, performing and recording with Alan Parsons, Roger Daltrey and Bob Dylan. In 2016, Kip released the classical Grammy-nominated album "Winger: Conversations With Nijinsky" with the San Francisco Ballet Orchestra, and his classical works have been commissioned and performed by the Colorado Symphony, Nashville Symphony, the San Francisco Ballet Orchestra, the Tucson Symphony Orchestra, and the Thessaloniki State Symphony Orchestra in Greece. This summer, he released a concept album for his new rock opera thriller "Get Jack".

The 10th-anniversary production of "Rock Of Ages" is now playing for a limited engagement at New World Stages (340 W 50th St). Nominated for five Tony Awards during its record-breaking Broadway run, this anniversary engagement of the musical plays a 16-week run through Sunday, October 6.

"Rock Of Ages" opened on Broadway on April 7, 2009, for a monumental six-year run of 2,350 performances, carving the musical a spot in the Broadway history books as one of the Top 30 longest-running shows of all time. In honor of the show's landmark anniversary, this production reunites "Rock Of Ages"' award-winning Broadway creative team — Chris D'Arienzo's hilarious original story is mounted at New World Stages by Tony-nominated director Kristin Hanggi ("Clueless") and choreographed by Olivier Award winner Kelly Devine ("Come From Away"), in participation with the musical's original Broadway design team: scenic design by Beowulf Boritt ("Come From Away"), costume design by Gregory Gale ("The Wedding Singer"), lighting design by Jason Lyons ("Bring It On: The Musical"), sound design is by Peter Hylenski ("Frozen"), and projection design is by Zachary Borovay ("In The Heights"). KGM Theatrical serves as general manager, with casting by Stewart/Whitley.