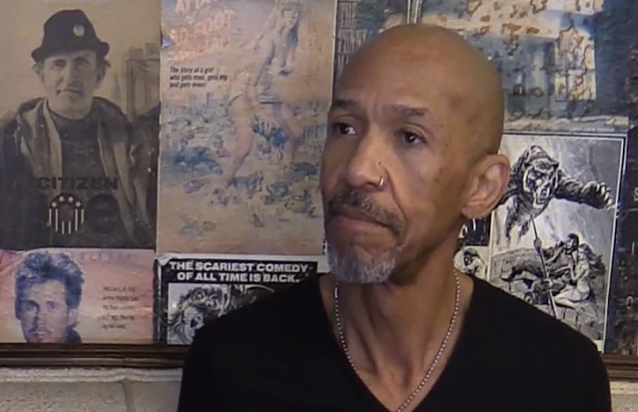 KING'S X frontman frontman Doug "dUg" Pinnick has confirmed to Rock Titan that the band is preparing to enter the studio to begin working on the long-awaited follow-up to 2008's "XV" album. "We've decided to make a record," he said (see video below). "We officially decided yesterday. We had a meeting with our manager, and we said, 'Okay. It's a go. Move forward.' So that's the next thing. He's gotta work the contract out, the logistics of where to make the record, who's gonna produce it, where we're gonna stay, how we're gonna do it, how we're gonna rehearse before, how we're gonna go there and write together, how we're gonna bring songs in — how we're gonna do it. So that's the next step. But it's getting done. And that's a good thing. Before, it was just talk for years and years and years. Now we have a commitment. I'll see how long that lasts, but I'm waiting."

In a 2016 interview with The Sacramento Bee, Pinnick said that KING'S X wasn't in a hurry to work on new material.

"We have a lot of songs to choose from [for performances], and that's probably why we haven't done a record in so long," he said. "In a way, we've kind of pulled all the tricks out of our bag.

"To this day, we're perceived by our fans and outsiders as some huge thing even though we never had a really big hit," he added. "I just think we weren't considered a good flavor so we were left on the shelf."