"Matt Sorum put the band together," Elliott told Cape Times earlier in the year. "We've known each other for years. To quote Ozzy Osbourne, he asked if we wanted to 'get aboard this crazy train.' Join in, sing a few songs and have a bit of fun — with no pressure."

He added: "And what a lineup! We have a great rhythm section from GUNS N' ROSES, Glenn Hughes from DEEP PURPLE, then there's Slash and Myles Kennedy."

"The songs kind of picked themselves," said Elliott. "We'll do [DEF LEPPARD's] 'Pour Some Sugar On Me' and 'Animal', of course.

"Fresh songs come with fresh blood. We may even end up writing songs together. Who knows?"

He added: "It's a wonderful experience to work with these guys. They just smile all the time. Everyone has been in a band for 30 or 40 years, and we all have great jokes and stories."

KINGS OF CHAOS made its Australian live debut on April 20 at the Stone Music Festival at Sydney's ANZ Stadium.

"I couldn't believe the number of people totally going bananas. It was an eye-opener to see how much they dug it," said Elliott.

"It's building, it's a curiosity. You wonder how it's going to work, Matt Sorum, Gilby Clarke and Duff McKagan playing a DEF LEPPARD song… Will it work? And it does!" 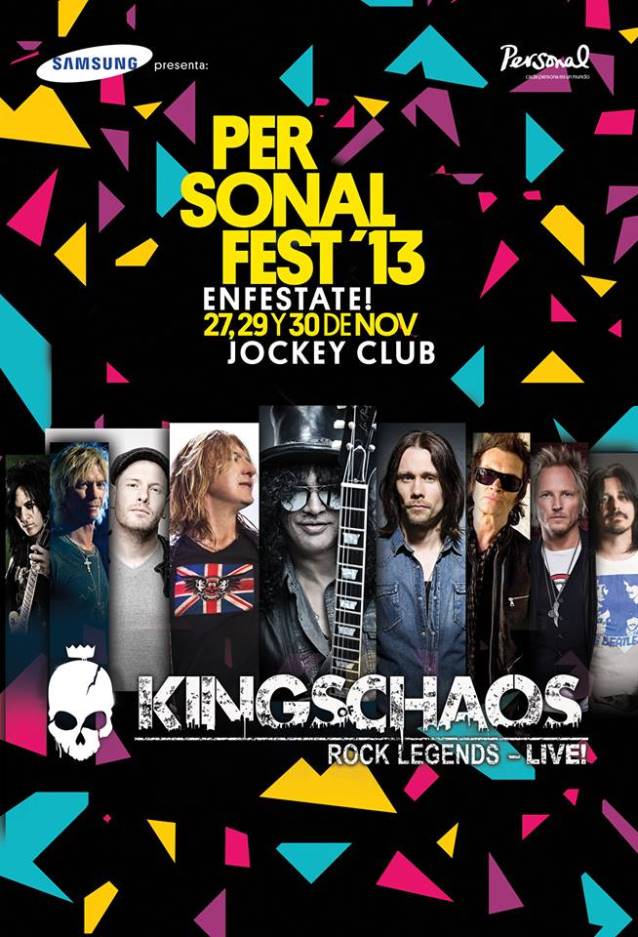