KINGS OF CHAOS, the supergroup whose roating lineup is composed of onetime members of GUNS N' ROSES, VAN HALEN, DEEP PURPLE, THE CULT and ALTER BRIDGE, will perform at a special benefit concert for Ric O'Barry's Dolphin Project on Wednesday, July 29 at The Fillmore in San Francisco, California.

The concert will benefit Ric O'Barry's Dolphin Project, a not-for-profit campaign aimed at putting an end to dolphin exploitation and slaughter around the world.

General tickets and VIP packages will go on sale Friday, June 12 at 10:00 a.m. PT at Live Nation and The Fillmore web sites. VIP packages include access to soundcheck, a meet-and-greet with the band and priority access into the venue. 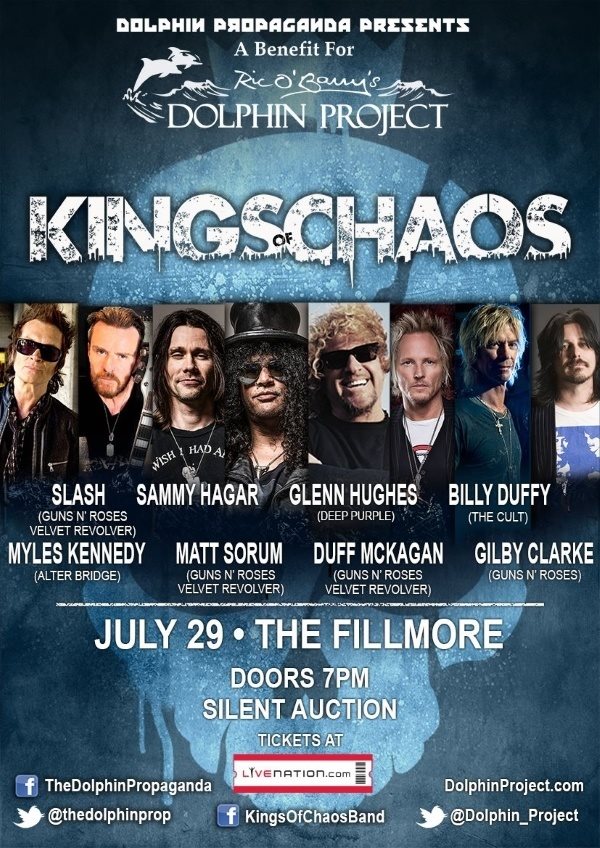