"Pray", the new video from KING'S X, can be viewed at this location. The song comes off the group's latest album, "XV", which sold 4,450 copies in the United States in its first week of release to debut at position No. 145 on the Billboard 200 chart. This marked the first time in over a decade that the band had cracked the Top 200 in the first week of release.

In other news, Molken Music has set a November 22 release date for the KING'S X DVD "Gretchen Goes To London: Live At The Astoria 5.6.90". The DVD documents the historic show at the Astoria Theatre in 1990 and includes never-before-seen footage.

"Gretchen Goes To London: Live At The Astoria 5.6.90" track listing:

The DVD was produced by Wally Farkas and has a running time of 64 minutes. 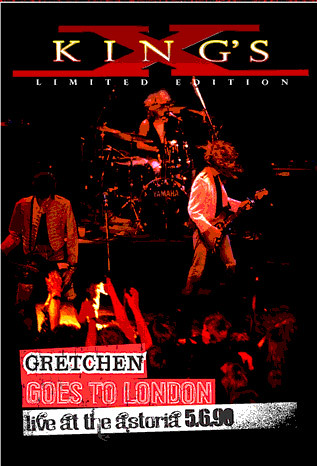