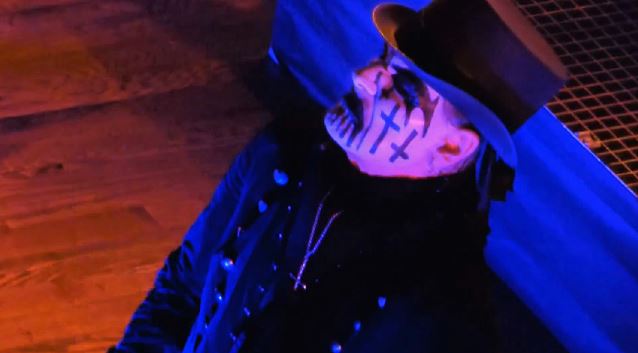 Due an eye infection, Danish heavy metal singer King Diamond was forced to perform without his trademark makeup during his namesake band's July 8 concert in Milwaukee, Wisconsin. Fan-filmed video footage of the show can be seen below. Check out photos at TheRave.com and on Facebook.

King's makeup has changed several times over the years, but always incorporates his traditional black-and-white color scheme along with horror and occult symbolism.

Although King is a proud member of the Church of Satan, his brand of Satanism is similar to agnosticism and pacifism.

"People think it's a religion, but it's not: It's a life philosophy about having respect for people who think differently than you do," he told The Dallas Morning News in 2014. "It would be nice if more people kept their beliefs to themselves instead of killing each other to convince each other what they believe is right. Belief should be a private matter."