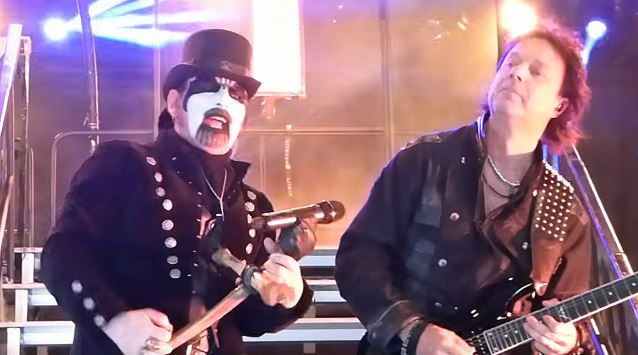 Fan-filmed video footage of KING DIAMOND's June 5 performance at the FortaRock festival in Nijmegen, The Netherlands can be seen below.