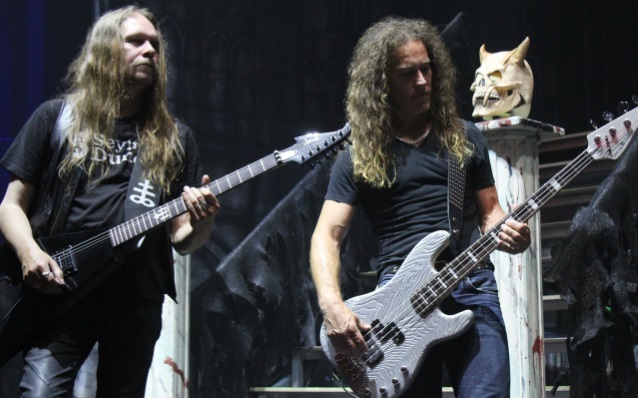 A photo of Egberg rehearsing with the rest of the KING DIAMOND band earlier today can be seen above.

Patino released a statement yesterday calling KING DIAMOND's frontman and namesake "a tired, bitter, old man" and denying that he has a drug problem, despite the singer's implications to the contrary.

KING DIAMOND in December 2012 signed a new three-album worldwide deal with Metal Blade Records. The band is expected to begin work on a new CD later in the year for a 2015 release.