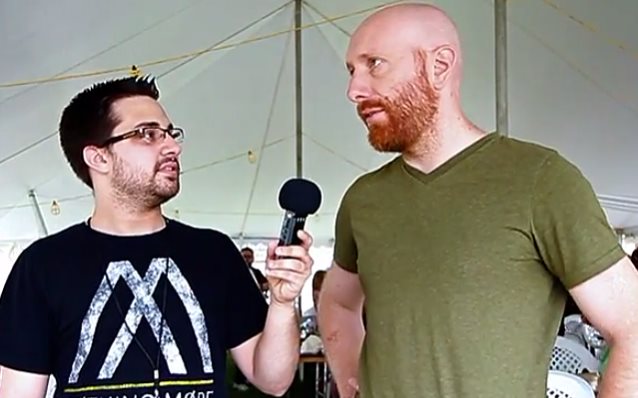 Midwest Music Scene conducted an interview with drummer Justin Foley of Massachusetts metallers KILLSWITCH ENGAGE at this year's Rocklahoma festival, which was held May 23-25 at "Catch the Fever" Festival Grounds in Pryor, Oklahoma. You can now watch the chat below.

In 2006, Justin's variety in his musical background, in particular with frame drums and marimba, was featured on the compilation "Drum Nation Volume 3".

Justin's strength lies in is his consistent rock drumming and precise sound. He plays a Yamaha Maple Absolute kit in with a 20" Bass Drum and 12" & 16" Toms and Yamaha hardware.