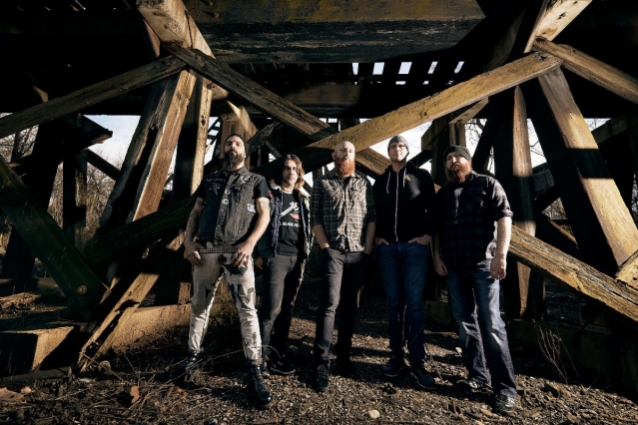 Tyler Reddick and the No. 2 Richard Childress Racing team will enter the opening race of the 2019 NASCAR XfinitySeries Playoffs with a big dose of celebrity draw, thanks to Gimme Radio and metal band KILLSWITCH ENGAGE.

Following the success of MEGADETH's paint scheme at New Hampshire Motor Speedway, KILLSWITCH ENGAGE will now take center stage on the No. 2 Gimme Radio Chevrolet at Richmond Raceway to celebrate the release of their new album, "Atonement", which debuted at No. 1 on the Billboard Rock Albums chart and at No. 2 on the Billboard Top Albums Chart last month. The band, which has been together since 1999, previously earned two Grammy Award nominations in the category of "Best Metal Performance" in 2005 and 2014, as well as three consecutive Top 10 debuts on the Billboard Top 200 with albums "Killswitch Engage" (2009), "Disarm The Descent" (2013) and "Incarnate" (2016).

"I know I speak for all the guys when I say how excited we are to work with Gimme Radio on a KILLSWITCH ENGAGE day," said Jesse Leach, lead vocalist of KILLSWITCH ENGAGE. "They have a ton of great programs and DJs that bring a whole new level of interaction, dedication, and discovery to the metal genre and we're eager to show our support."

"On top of that, our band will be represented on a stock car in NASCAR," continued Leach. "Never thought I'd see that happen ever! Crazy stuff. This collaboration is unique for us and I truly feel it will expand our audience and further the reach of our music and message. Big thanks to Richard Childress Racing for the opportunity and to Tyler Reddick, who will be behind the wheel for the big race."

Gimme Radio, the music app designed provide metal fans with music they won't hear anywhere else, offers listeners shows curated by celebrity DJs and artists including Grammy Award-winning artist Dave Mustaine of MEGADETH, LAMB OF GOD lead singer Randy Blythe, OZZY OSBOURNE bassist Blasko, and star of "Orange Is The New Black", Jessica Pimentel. Fans on the app also have a unique opportunity to engage with the DJs and other listeners around the world through the app's chat room.

"KILLSWITCH ENGAGE is one of the most intense, aggressive and heavy bands playing today," said Gimme Radio CEO Tyler Lenane. "I can't think of a better band to be paired with the intensity of Tyler's driving."

On Friday, September 20, KILLSWITCH ENGAGE will be taking over the Gimme Radio app for the day, playing their new music and other songs they believe fans will enjoy. Beginning at 1:15 p.m. ET that day, Tyler Reddick will join the app's chat for a question-and-answer session with fans before jumping in the No. 2 Gimme Radio Killswitch Engage Chevrolet for Friday night's race at Richmond Raceway.

"Having Gimme Radio and KILLSWITCH ENGAGE on our No. 2 Chevrolet Camaro at Richmond this week is such a cool opportunity for me," said Reddick. "KILLSWITCH ENGAGE is a band I listened to a lot while growing up and traveling the country racing dirt late models, so to be able to help them promote their new album with the Richmond race weekend is really special to me. "I'm really looking forward to interacting with the band and fans on the app on Friday before we go out and give this paint scheme a great night in the opening race of the Playoffs."

To participate in the chat with Reddick, download Gimme Radio for iOS or Google Play today.

Catch the No. 2 Gimme Radio/Killswitch Engage Chevrolet Camaro under the lights of Richmond Raceway on Friday, September 20 beginning at 7:30 p.m. ET on NBCSN. 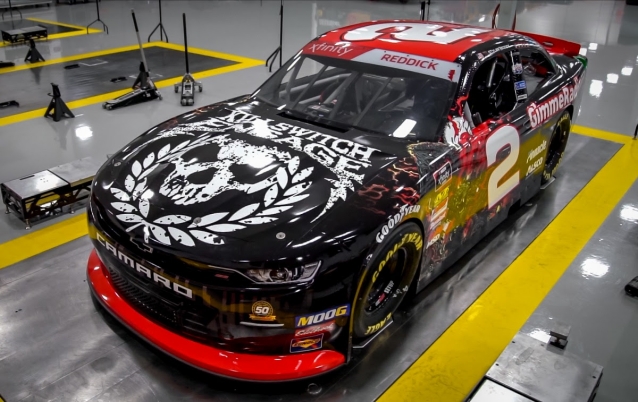