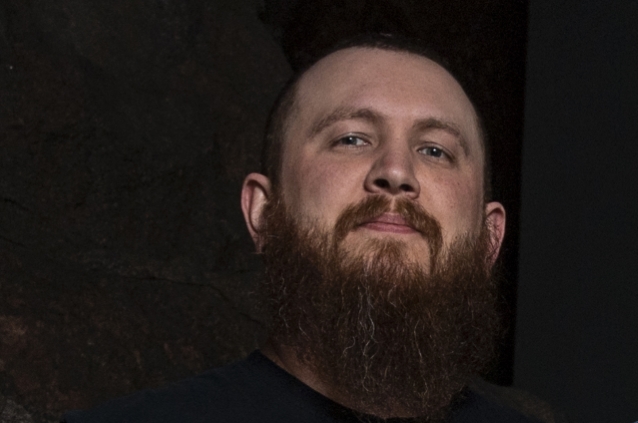 KILLSWITCH ENGAGE guitarist Joel Stroetzel recently spoke with Rob Rush Radio. The full conversation can be streamed below. A few excerpts follow (as transcribed by BLABBERMOUTH.NET).

On the fact that the group started nearly 20 years ago:

Joel: "In the beginning, we were all just trying to have a good time, playing at bars and VFWs on the weekends. Somehow, it turned into a thing and we're still here, and [we're] very thankful it did."

On the biggest change since the group's inception:

Joel: "Bands just don't sell records like they used to. It's a different time than it was 20 years ago. I think a lot of bands, if you really want to make a living, [have] got to stay on the road. We've definitely toured quite a bit over the years."

Joel: "We've always remained friends with Howard over the years, for sure. It's very cool that him and Jesse [Leach, vocals] have gotten pretty close in the last couple of years. They had discussed doing a song together, and I think that that song just kind of fit the bill as a cool way to showcase both guys. I'm really, really stoked on that song. As far as Chuck Billy, when we were going through all the songs, we were like, 'OK, what songs are going to make the record? Which ones are we going to toss to the side?' Some of the guys were like, 'Ehh, I don't know about this one' [referring to 'The Crownless King']. I actually love that song [and said], 'It reminds me of TESTAMENT. It just needs some Chuck Billy on there.' It started off as kind of a joke, and then we were talking to our management. [They said,] 'We probably could get Chuck to sing on this one.' We're, like, 'Let's do it, man. Let's see what he says.' Thankfully, he did that. It came out awesome."

Joel: "We just pumped the brakes for Jesse's sake. There was a very short tour that was two weeks long in the middle of recording the record that we had to cancel, and then, we had to give him some time, obviously. Thankfully, everything turned out great. He wasn't really sure if the surgery was going to help him or hurt him in the end as far as singing, and it turned out as good as it could have turned out. He's feeling great, and he claims he feels better singing now than he ever has."

On the group's current tour with CLUTCH and CRO-MAGS JM:

On the group's future tour plans:

On how he'd describe the band to someone who's never seen the group live:

Joel: "I think we might be a little goofier than some metal bands on stage. We definitely try to not take ourselves too seriously. The interactions between Adam [Dutkiewicz, guitar] and Jesse are pretty funny, usually. Go for Adam D, the big comedian."

"Atonement" will be released on August 16 via Metal Blade Records in the U.S. and Sony Music Entertainment in the rest of the world.