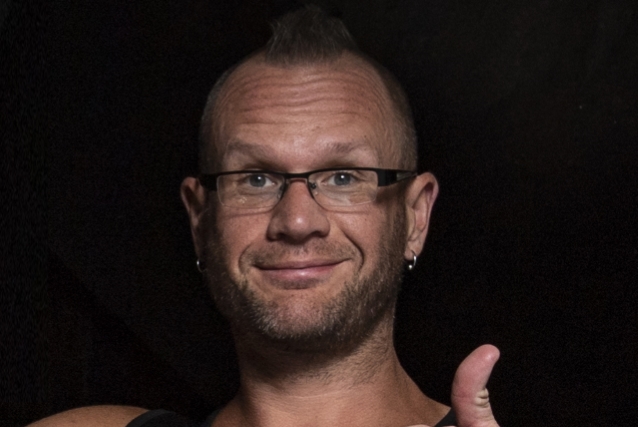 KILLSWITCH ENGAGE guitarist and producer Adam Dutkiewicz has told Kerrang! magazine that he isn't interested in doing anything to celebrate the 15th anniversary of band's breakthrough album, 2004's "The End Of Heartache".

"It's kind of just a flash in the band, and then we move on for the next thing," Adam said. "We're in the middle of trying to set up the new record. It's funny, our bassist, Mike [D'Antonio], was, like, 'Hey, should we be thinking about doing a 15th-anniversary tour for this record?' and I was, like, 'No! We should be thinking about this new record!' We shouldn't live in the past, y'know? I feel like there's been too much of that recently. Maybe more people should focus on writing more material, and not just trying to rehash stuff, y'know? There's just too much of that!

"I'm happy that everyone agreed with me that it wasn't a good idea," he continued, "especially because we literally just finished our new record. So we have things to worry about."

The disc's title track was nominated in the "Best Metal Performance" category at the 47th annual Grammy Awards.

The album was certified gold by the RIAA (Recording Industry Association Of America) in December 2007 for sales in excess of a half million copies in the United States.

KILLSWITCH ENGAGE's next album will be released in the fall via Metal Blade Records in the U.S. and Sony Music Entertainment in the rest of the world. The follow-up to 2016's "Incarnate" will mark the Massachusetts metallers' third full-length effort since the return of singer Jesse Leach, who rejoined the group in 2012.