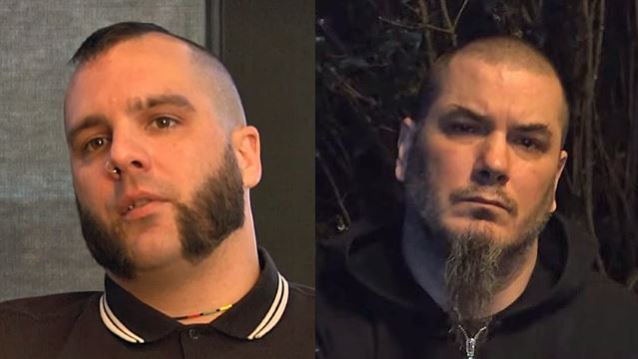 KILLSWITCH ENGAGE singer Jesse Leach has weighed in on the incident two months ago when ex-PANTERA singer Philip Anselmo made a "white power" gesture onstage at a concert.

During an interview with Artisan News, Leach commented on the incident, saying (see video below): "It shouldn't rock the metal community; they should have known. The guy [Anselmo] has done this before. It's not a surprise. What's a surprise is backstepping. If that's what you are, and that's what you're all about, then so be it."

He continued: "To me, there's no place for that in music, but that's just my opinion. I think it's terrible. I wrote a lot of songs about actively fighting against racism.

"Every time I get this question, my answer is the [KILLSWITCH ENGAGE] song 'Hate By Design' [about prejudice and discrimination being passed on from generation to generation]. Just read the lyrics. There's your answer."

Leach went on to say that Anselmo's actions have not affected his opinion of PANTERA as a whole. He explained: "PANTERA is a legacy, absolutely. But, to me, PANTERA was a band; it wasn't just Phil. It's PANTERA. I'm not gonna hate PANTERA because of what one person did. But, you know, the way I think about it now, he dug his own grave, and good luck to him."