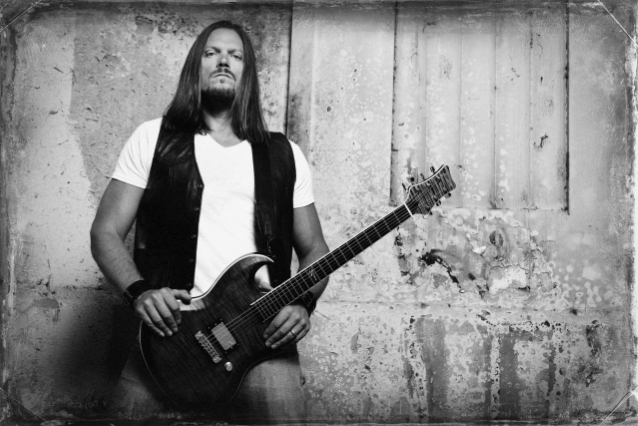 "Message At The Tone", a song from KILL DEVIL HILL guitarist Mark Zavon, can be streamed below. The track is taken from MarK's self-titled debut solo album, which will be released on November 23 via EMP Label Group, the label founded by MEGADETH bassist David Ellefson. Described in a press release as a collection of "timeless, uptempo hard rock songs" featuring "catchy riffs and giant hooks," the 10-song offering sees Zavon handling not only on guitars, but also bass, keys, and even all the vocals.

With KILL DEVIL HILL inactive, Mark found himself with time on his hands and an itch for a creative outlet. "I had a bunch of tunes that needed finishing or had just never seen the light of day, so I decided to put them together and see where it took me," he says.

Zavon hired Brian Tichy (OZZY OSBOURNE, WHITESNAKE, FOREIGNER) to record the drums and, with the exception of a couple of guest appearances by Vinny Appice (BLACK SABBATH, DIO) and Mike Duda (W.A.S.P.), handled the rest of the recording and performing duties himself at his Los Angeles studio. The effort was mixed by Josh Newell (INTRONAUT, BLACK VEIL BRIDES), and mastered by Paul Logus (STONE SOUR, THE WINERY DOGS).

Says Zavon: "I was really fortunate to have the opportunity to work with such talented people on this project; they really brought this record to life."