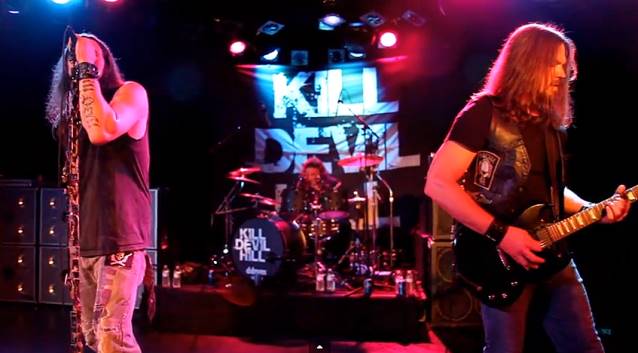 Fan-filmed video footage of KILL DEVIL HILL's October 29 CD-release concert at The Roxy Theatre in West Hollywood, California can be seen below.

The group's sophomore album, "Revolution Rise", was released in North America on October 29 via Century Media Records. The CD was produced by KILL DEVIL HILL and Jeff Pilson (DOKKEN, FOREIGNER, DIO) and was mixed by Jay Ruston (STONE SOUR, ANTHRAX, STEEL PANTHER). The cover artwork was created by Sam Shearon, who has previously worked with ROB ZOMBIE, IRON MAIDEN and FEAR FACTORY, to name just a few.

Exclusive KILL DEVIL HILL VIP packages, including early admission to soundcheck and the show, a meet-and-greet with the band, a VIP laminate and t-shirt, and an autographed 8x10 are available for all shows by visiting www.killdevilhillmusic.com/vippackages.

"Kill Devil Hill" was produced by Warren Riker, who is best known for his work with DOWN, CORROSION OF CONFORMITY, SUBLIME and CATHEDRAL. 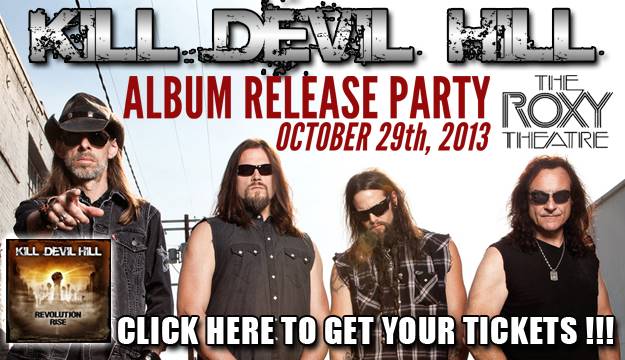