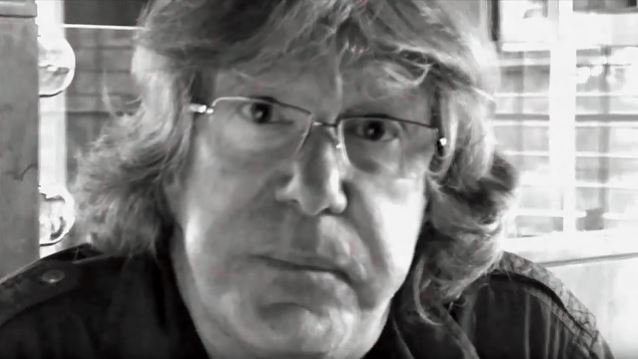 Keith Emerson's girlfriend has told U.K.'s Daily Mail that the EMERSON, LAKE & PALMER keyboardist killed himself because he was concerned about the nerve damage to his right hand which had affected his playing.

Mari Kawaguchi found the 71-year-old musician's dead body around 1:30 a.m. Friday after returning to the apartment they shared in Santa Monica, California. He had an apparent self-inflicted gunshot wound to the head, police said.

"His right hand and arm had given him problems for years," the 52-year-old Kawaguchi said. "He had an operation a few years ago to take out a bad muscle but the pain and nerve issues in his right hand were getting worse.

"He had concerts coming up in Japan and even though they hired a back-up keyboard player to support him, Keith was worried.

"He read all the criticism online and was a sensitive soul. Last year he played concerts and people posted mean comments such as, 'I wish he would stop playing.'

"He was tormented with worry that he wouldn't be good enough. He was planning to retire after Japan.

"He didn't want to let down his fans. He was a perfectionist and the thought he wouldn't play perfectly made him depressed, nervous and anxious."

Palmer said in a statement that he was "deeply saddened to learn of the passing of my good friend and brother-in-music."

EMERSON, LAKE & PALMER reunited for one last tour together in 2010. Their final gig took place in July 2010 at London's High Voltage festival.