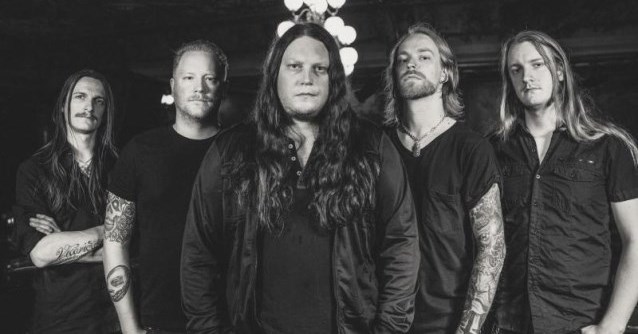 KATATONIA, Sweden's master of dark rock, have released a lyric video for the reworked version of "The One You Are Looking For Is Not Here", taken from the group's upcoming "Dethroned And Uncrowned" album. The song originally appeared on KATATONIA's critically acclaimed 2012 release "Dead End Kings", which has been reimagined on "Dethroned And Uncrowned".

"Dethroned And Uncrowned" will be made available on September 10 in North America and will mark the band's first release on Kscope — sister label to KATATONIA's longtime home Peaceville Records — to celebrate the label's fifth anniversary.

KATATONIA guitarist and founding member Anders Nyström commented: "The synopsis is simple and album title won't lie; the drums will be dethroned and the distorted rhythm guitars will be uncrowned! Instead, we'll place the emphasis on the many layers of ambience, with the melodies staying central and the vocal harmonies representing the heart of the album.

"Think of the album like a person's face in the hands of a surgeon, whose appearance is gonna change, but it's still the same person behind that face and we guess an important factor, in this case, would be that the surgeon itself is obviously KATATONIA, not a stranger! If there's one album in our repertoire that's suited for a thing like this, it's 'Dead End Kings'."

The album was funded by a successful PledgeMusic campaign that helped make the recording possible.

KATATONIA will release "Dethroned And Uncrowned" before embarking on a co-headlining North American tour, "Uncrowned & Vertikal Tour", with CULT OF LUNA plus special guests INTRONAUT and TESSERACT. The two-week run will commence September 23 in Boston, Massachusetts.

Added KATATONIA vocalist Jonas Renkse: "Dear North Americans! We are happy to announce yet another co-headline tour in support of 'Dead End Kings', this time with fellow Swedes CULT OF LUNA plus support from INTRONAUT (U.S.) and TESSERACT (U.K.)!

"Since we have been touring your continent quite a bit the last few years, we thought it was about time to re-decorate the good ol' setlist a little. Right now we are rehearsing and going through some of our hidden gems, songs that we haven't yet picked up or rarely have played live before. It will probably be as exciting for you as it is for us!

"Please note that it won't be an 'old-school' party, but an evening with atmosphere so thick you could cut it with a knife! Oh, and we will probably have time to play some of the 'hits' as well. All in all, we will squeeze out as much KATATONIA as possible each and every night, so let's do this one together once again, shall we?"

"Dethroned And Uncrowned" will be available on double LP, download and as 2 disc (CD and DVD-AV) digibook set, which also features a 5.1 surround mix of the album. 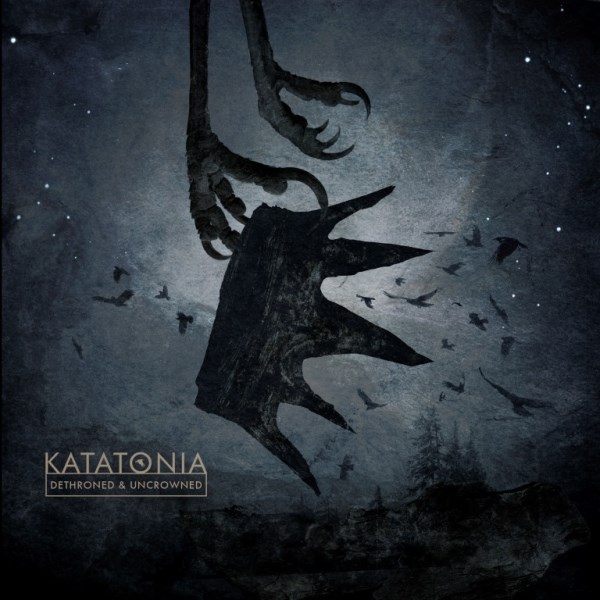