Sweden's KATATONIA has been confirmed for next year's installment of the Summer Breeze festival, set to take place August 13-15, 2009 in Dinkelsbühl, Germany.

KATATONIA is currently working on material for a new studio album, tentatively due in early 2009. Guitarist Anders "Blakkheim" Nyström (also in BLOODBATH) recently stated about the upcoming CD, "Bits and pieces have been collected ever since 'The Great Cold Distance' came out. It's just that we’ve been trying too hard, been thinking too much about the sound and direction. How can we top this and how can we change that? We've been stumbling around off-road looking for the answers and it ended up being a long walk. We don't find it meaningful to trace your own footsteps back from where you came, but we rather find the first nearest exit to the same road up ahead where we're at to get back on the map again.

"I won't give away any hints just yet about how it will sound, but we hope to give you more light on the progress of this untitled embryo as we get closer. What's certain is that we’ve found a good equation to work with now and that my friends is that it's all about the eighth studio album."

A three-minute video interview with KATATONIA conducted by Metalhead TV in June 2008 at the Hellfest in Clisson, France can be viewed below. Performance footage of KATATONIA at Hellfest is available at MetalheadTV.com.

KATATONIA's live performance from 2006's Summer Breeze open-air festival in Germany was released as a double-disc live album/DVD, entitled "Live Consternation". The "super jewelcase" packaging features both the audio on CD and the show on DVD (including both 2.0 and 5.1 versions). The artwork was once again designed by Travis Smith and closes the visual concept for "The Great Cold Distance" phase.

KATATONIA's video for the song "July", shot and directed by Charlie Granberg, can be viewed on YouTube. 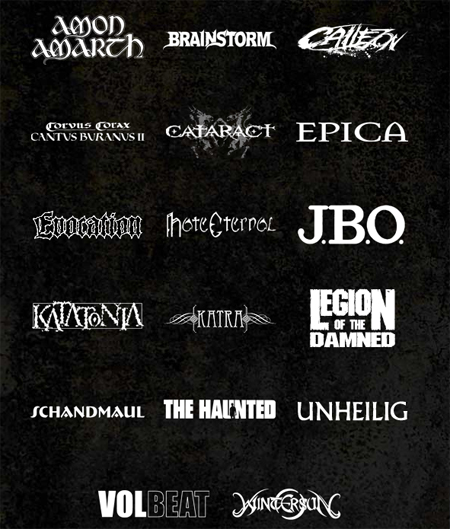