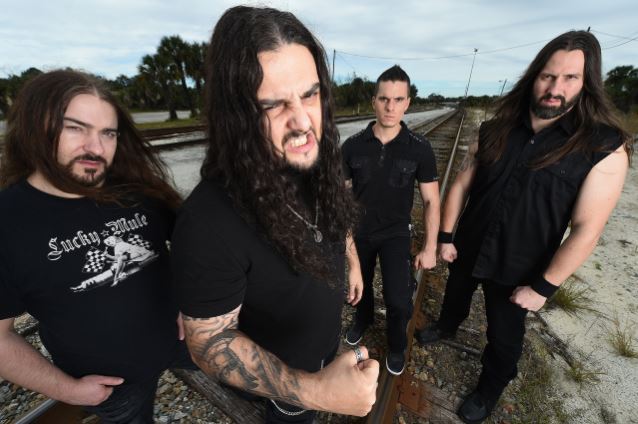 Canadian extreme metallers KATAKLYSM are celebrating their twenty-fifth anniversary in 2017 by embarking on a massive headline tour across Europe in the fall. To immortalize this event, the band has picked the last show of the tour — on October 21 in Munich, Germany at the famous Backstage club — to film the concert for future release. Longtime friend and American director Tommy Jones (SLAYER, DEATH ANGEL, IMMOLATION) will capture the entire gig. Tommy previously worked on KATAKLYSM's "Iron Will" documentary and the multiple video releases from the band's latest album, "Of Ghosts And Gods".

KATAKLYSM states: "Hard to imagine so many years have passed already, but at the same time, we can't help but feel accomplished as a band. Twenty-five years later amongst multiple storms in our career, we stand tall and defined as a band. To mark this historic time in our lives, we have selected to go back to Europe, the place that embraced KATAKLYSM first, and do a series of shows commemorating the band's milestone anniversary. The band will be playing in their entirety two of our career-defining albums, 'Shadows & Dust' (which marks its fifteen-year anniversary) and 'Serenity In Fire', two back-to-back albums that became classics in the bands vast repertoire."

Tommy adds: "I've done a lot of work with KATAKLYSM over the past several years. Seems like just yesterday we were shooting the twenty-year-anniversary DVD, 'Iron Will'! Looking forward to hitting Europe again with the guys for another go-round!"

"Of Ghosts And Gods" was released in July 2015 via Nuclear Blast. 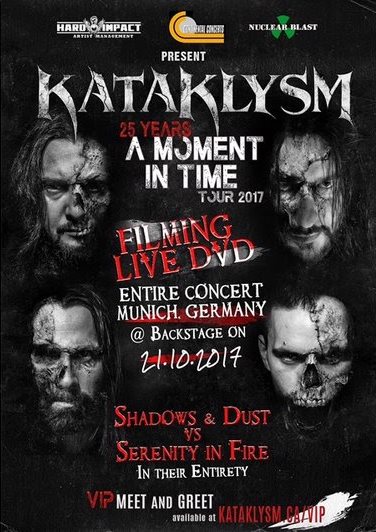