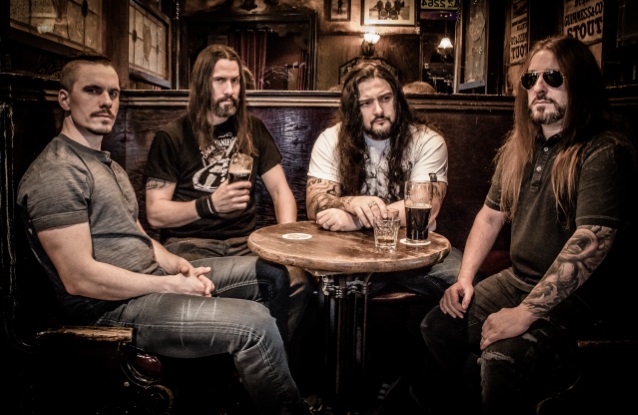 Following the album's release on June 1, KATAKLYSM will play June 2 at St. Vitus in Brooklyn, June 3 at Northside Yacht Club in Cincinnati, June 4 at Reggies in Chicago and the final show will be at the Whisky A Go Go in West Hollywood on June 7. Support at the dates will come from JUNGLE ROT ,who will play the first three shows, and EXMORTUS, who join KATAKLYSM at the Whisky A Go Go.

KATAKLYSM singer Maurizio Iacono comments: "'Meditations' is coming — a work of art. To celebrate, we decided to do four select release party shows across the states. We encourage everyone to come party! Every attendee will receive a copy our new album, 'Meditations', and bonus live DVD. Support the cause of metal and see ya soon."

* with JUNGLE ROT
** with EXMORTUS

Purchase your tickets at Kataklysm.ca.

"Meditations", the new album from Montréal, Quebec, Canada-based melodic death metallers KATAKLYSM, can be seen below. Due on June 1 via Nuclear Blast, the 10-song disc was produced by the band's guitarist Jean-François Dagenais and drummer Oli Beaudoin, and was mixed by Jay Ruston (ANTHRAX, STONE SOUR). Mastering duties were handled by Paul Logus (PANTERA). 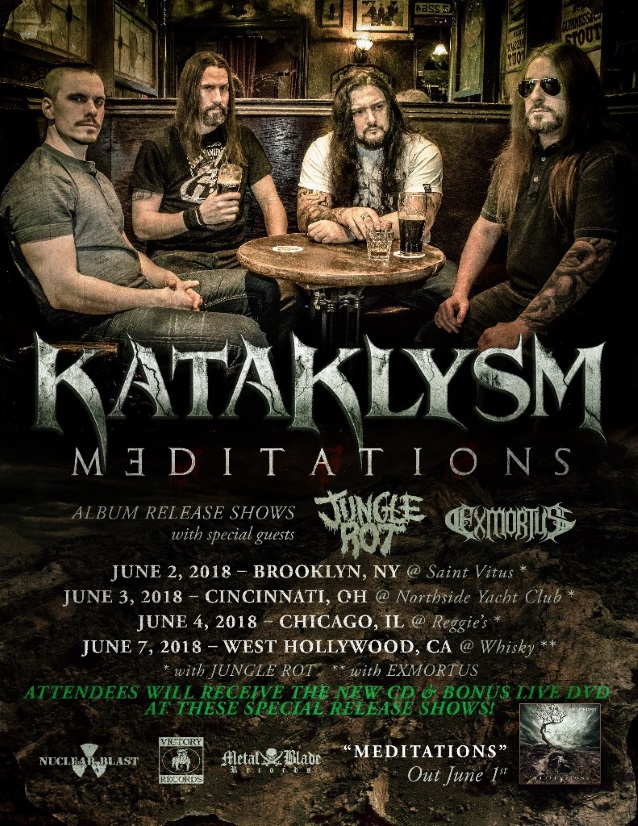