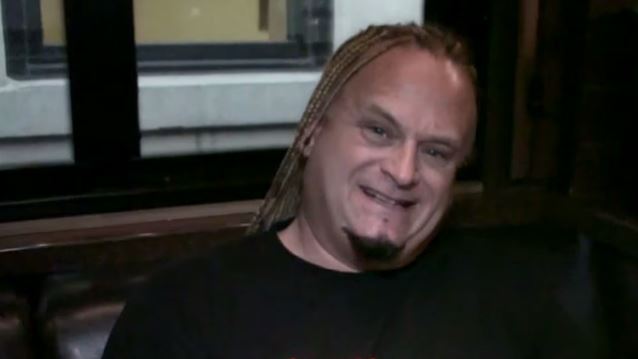 Each episode of Digital Tour Bus's "Crazy Tour Stories" features a touring act giving you all the details about one or more wild things that have taken place while on the road. In the episode below, which was filmed on May 6 in Joliet, Illinois, KAMELOT bassist Sean Tibbetts recounts one of his crazy stories from touring.

KAMELOT's latest album, "Haven", sold around 7,600 copies in the United States in its first week of release.