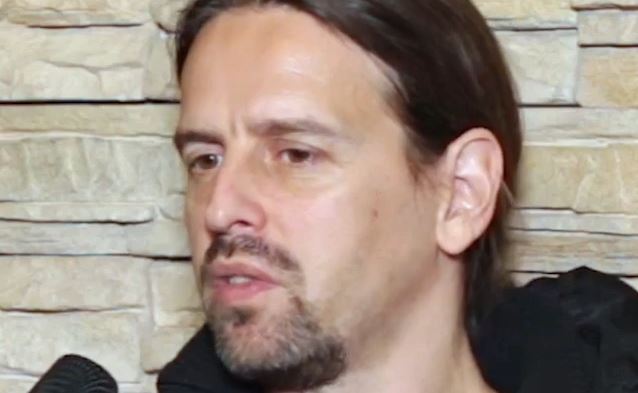 Italy's SpazioRock recently conducted an interview with KAMELOT keyboardist Oliver Palotai. You can now watch the chat below.

Asked about KAMELOT's touring plans for 2017, Oliver said: "Not much, because we're gonna work on a new album. We have [an appearance on the] 70000 Tons Of Metal [cruise coming up] for the second time — for me, the third time; the first time I was there with EPICA — and two American shows. And so far nothing is planned. We need time for the album. Maybe a few shows coming up, but not much… We have some offers [for festival appearances], but we really don't know if we're gonna do it, because we wanna be fully immersed in the writing of the new album."

Regarding how much material has already been completed for the upcoming KAMELOT album, Oliver said: "Personally, I have finished one song, and I have a few sketches from other songs. Also, some stuff which didn't make it on 'Haven', I wanna revise that and rewrite it and rearrange it, so maybe it's gonna fit on the new record as well."

KAMELOT's latest album, "Haven", sold around 7,600 copies in the United States in its first week of release. The CD was made available in May 2015 via Napalm Records as part of an exclusive licensing deal through the band's Kamelot Music LLC.