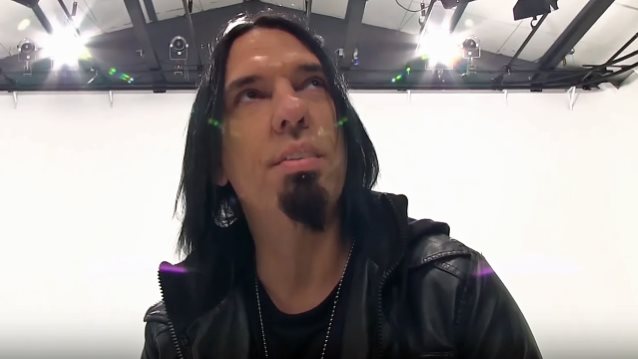 KAMELOT's Casey Grillo made his live debut with with QUEENSRŸCHE last night (Saturday, April 1) at Sycuan Casino in El Cajon, California. He is filling in for regular QUEENSRŸCHE drummer Scott Rockenfield, who is taking time off from the band's touring activities to spend time with his newborn son, appropriately named Rockson.

Said Grillo: "It has been an amazing few days of practicing and learning some amazing songs for me to pull this show off' I would like to thank the 'RŸCHE gang. They are some amazing dudes."

1st show with Queensrÿche done.. It has been an amazing few days of practicing and learning some amazing songs for me to pull this show off!! I would like to thank the Rÿche gang!!! They are some amazing dudes!! Also I want to thank the one person who pushed me to do this and has always been by my side... I love you Kim Grillo!!