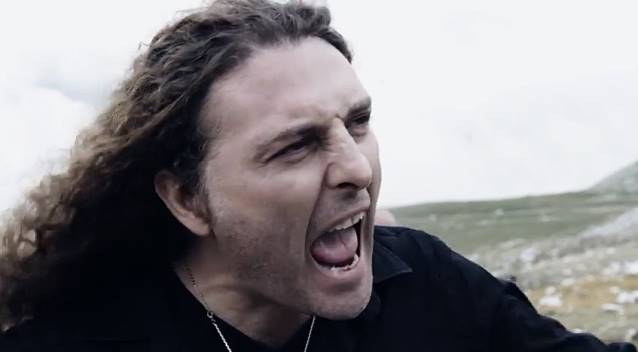 "A Dark Prison", the new video from Italian metallers KALEDON, can be seen below. The clip was directed by Goffredo Passi and features a guest appearance by Italian vocalist Fabio Lione (VISION DIVINE, RHAPSODY OF FIRE, KAMELOT, ANGRA).

"A Dark Prison" is taken from KALEDON's latest album, "Altor: The King's Blacksmith", which was released on April 23 via Scarlet Records. The CD was recorded at Outer Sound Studio in Rome, Italy by Giuseppe Orlando (NOVEMBRE) and it features a guest appearance by Italian vocalist Fabio Lione (VISION DIVINE, RHAPSODY OF FIRE, KAMELOT).

KALEDON recently announced the addition of keyboardist Paolo Campitelli to the group's ranks.

The band's best-of album, "Mightiest Hits", was released in January via Scarlet Records.