Former JUDAS PRIEST guitarist K.K. Downing is featured in Greg Prato's latest book, "Long Live Queen: Rock Royalty Discuss Freddie, Brian, John & Roger". For this book, Prato interviewed a wide variety of musicians, who discuss what they admire most about QUEEN, their favorite songs and albums, and other standout QUEEN-related memories (attending shows, meeting members, etc.) from throughout the years.

Asked who he thinks pulled off the "leather biker look" better, QUEEN frontman Freddie Mercury or PRIEST singer Rob Halford, Downing responded: "Definitely Rob. Actually, that's probably one of the best questions I've ever been asked. Because both of the guys, obviously being gay and both obviously having donned the leathers — which is par for the course — I think the difference was it became Rob's ultimate and permanent image. Whereas Freddie did it for a bit of fun, I think. But [it is] a fun question — I like that a lot. Definitely Rob looked like the epitome — as I hope we all did, together, when we all eventually got into the leather gear — of an archetypal heavy metal band."

In his recently released autobiography, "Heavy Duty: Days And Nights In Judas Priest", Downing claimed to have come up with PRIEST black-leather look. Asked what inspired it in the first place, K.K. told Rolling Stone: "I don't know. I had some pretty cool looks in the early days. I started off with a black, swashbuckling look. There was a place called the Birmingham Reparatory Theatre and underneath it were massive alcoves of all these theatrical clothes. We found out we could rent those clothes, and that became me and Rob's spot. We looked through all these things, and that's why we wore some of these coats and boots; they were all rented from this theater. I think we eventually got told off because we didn't return the clothes in time. [Laughs] We just held on to them. Eventually, we got a little bit of money and started having clothes of our own made and the look just came piece by piece. [Laughs]"

Asked if it was easy to get the rest of the band on board, Downing said: "Some members in the band like to think everything's their idea. I thought, 'I'll get Rob on board to start with.' There were a couple of gay guys at the leather shop in London and Rob was in his element [laughs] with these guys fitting him out in all this leather gear. Gays were already wearing leather in London so it was an easy sell for Rob. He was on board with that but also because we weren't trying to do that; we were doing the leather-and-studs thing in a metal way. Then he started to design all of his clothes. 'I'm having the bullwhip. I'm having this cap made.' Rob was happy for them to know that he was a gay man, but at a certain point, it started to look like a gladiator, which was completely done in metal. It opened up a massive amount of doors for him to elaborate on throughout our career."

"Heavy Duty: Days And Nights In Judas Priest" was released on September 18 via Da Capo Press. 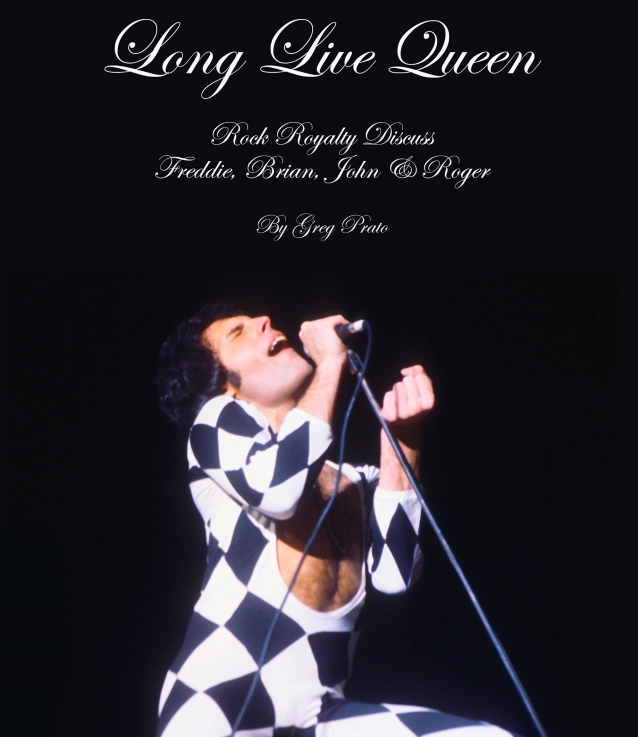