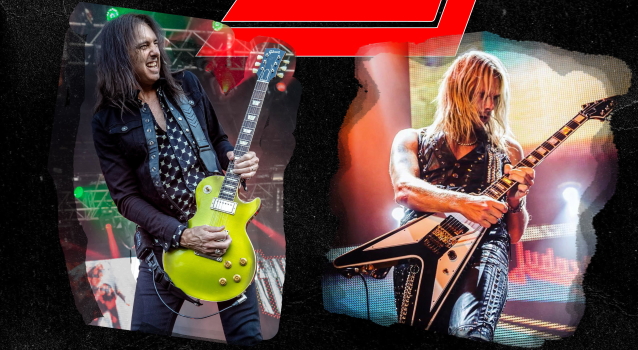 Internationally renowned guitarslinger, vocalist, songwriter Damon Johnson has announced a very special live performance, "A Tribute To Thin Lizzy". The show will be broadcast live on September 25 at 7 p.m. Central. The live event will emanate from Johnson's hometown of Nashville and will feature Richie Faulkner of JUDAS PRIEST playing alongside Johnson and his band, THE GET READY (Jarred Pope on drums, Robbie Harrington on bass). Tickets for the live event can be purchased in advance here. Johnson will debut the title track "Battle Lessons" from his forthcoming album at the end of the stream. The new track will be available on all streaming/download platforms on September 25 while an Indiegogo pre-order continues to run, helping to support the recording of Johnson's upcoming solo album.

The forthcoming "Battle Lessons" was produced and mixed by multi-platinum producer/mixer Nick Rasqulinecz (FOO FIGHTERS, ALICE IN CHAINS, EVANESCENCE, RUSH, STONE SOUR) and is due out later this year.

Johnson became an instant fan of THIN LIZZY when he attended a concert back in 1979 in his home state of Alabama. At 15 years old, he had gone to the concert to see Ted Nugent, he didn't even know who the opener was. Instantly a fan, Johnson bought the entire catalog and learned every song he could. Fast forward years later to 2011, Johnson was on tour as Alice Cooper's guitarist when he received a call from THIN LIZZY founding guitarist Scott Gorham, inviting him to replace their temporary guitarist on their tour. A dream job, and with Cooper's blessing, Johnson leapt at the chance. He continues to tour with Gorham and THIN LIZZY as well as release his own solo albums.

The idea to keep the spirit of THIN LIZZY alive has been a passion of Johnson's and playing this live event will help to accomplish that. As Johnson explains: "I'm beyond thrilled to have my old friend Richie Faulkner join us on guitar as we pay tribute to Phil Lynott and THIN LIZZY: a band that has meant so much to all of us for so long. Plus we're going to perform our new single for the first time anywhere."

Faulkner agrees: "Damon is a good friend of mine and THIN LIZZY is part of my DNA as a guitar player, so it was an honour to be asked to rock some LIZZY classics with him and THE GET READY."

After incredible runs with the bands he co-founded, both BLACK STAR RIDERS and '90s chart-toppers BROTHER CANE, and his side hustles touring with Alice Cooper, THIN LIZZY, John Waite and others, Johnson found himself in spring of 2018 realizing there were two things he couldn't stop thinking about; his family and his music. Johnson made a deliberate decision; to give full focus to composing an album that truly reflects his personal vision and honoring his desire to have the final say about his tour calendar. The time was right to move forward with his solo debut.

"Memoirs Of An Uprising", Johnson's last studio album, was a collection that is both fierce and diverse — a powerful springboard for the musician to start his next chapter. It was released in March 2019 and saw Johnson embarking on a series of dates across North America including a pair of sold-out performances at New York's legendary Iridium as well as several shows with THE WINERY DOGS (a supergroup of rockers featuring Richie Kotzen, Mike Portnoy and Billy Sheehan) , a December run of shows supporting CLUTCH, and the U.S. leg of the UFO tour last February. 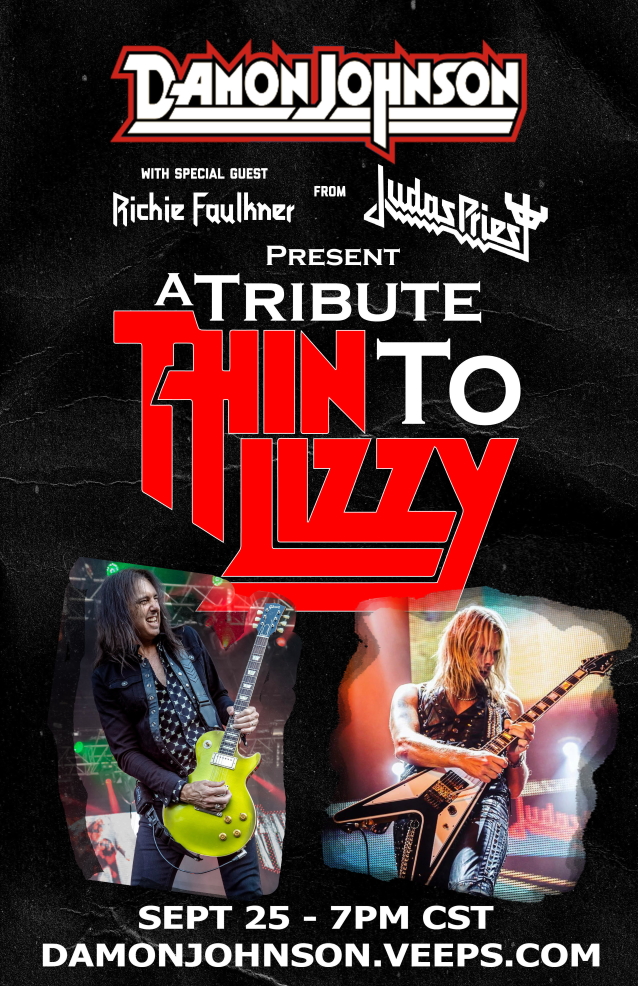