The legendary British heavy metal band will celebrate its 50th anniversary when it performs on the Ronnie James Dio stage on Sunday, August 9.

Speaking about the Bloodstock appearance, JUDAS PRIEST said: "Horns up Bloodstock — the PRIEST is back to headline the 20th year of Bloodstock with our 50 Heavy Metal Years anniversary show!! A double barrel, once in a lifetime, blast of metal mania 2020!!"

Also confirmed for next year's Bloodstock Open Air is the Polish extreme metal band BEHEMOTH, which will top the bill on the Saturday night.

Frontman Nergal commented: "Bloodstock! The hallowed lands of Catton Park will once again host our Fiendish Festivities. This is BEHEMOTH's first UK festival headline and that will be celebrated in the only way we know how; Hell will be raised, blood will be shed, and magick will descend! We shall see you there Legions!" 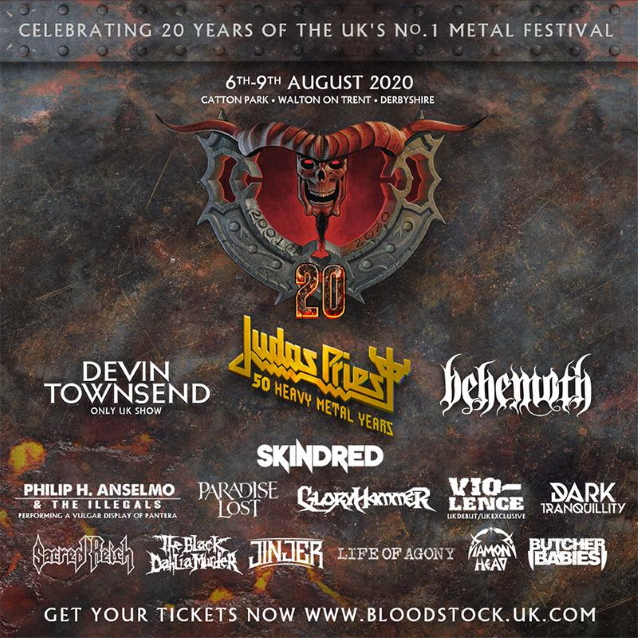