JUDAS PRIEST has announced the rescheduled dates for its "50 Heavy Metal Years" European tour. The trek, which was originally set to take place this spring and summer, has been postponed until 2021 due to the coronavirus pandemic which is sweeping the globe.

PRIEST singer Rob Halford recently said the tour celebrating the band's 50th anniversary will "be a great show; it's gonna be an amazing show. We've been working on production for over a year, putting together this incredible show for our PRIEST family and for anybody that wants to come and check out the PRIEST on our 50th anniversary… PRIEST has been working hard, as I say, for quite a while now, putting together a really, really spectacular 50th-anniversary show that we hope will give some kind of justice — if justice is the right word — to the legacy of PRIEST as we hurtle on."

As of this writing, the U.S. leg of the "50 Heavy Metal Years" tour is still due to launch September 9 in Oxon Hill, Maryland and wrap up on October 17 in Las Vegas, Nevada.

JUDAS PRIEST members Halford, Glenn Tipton and Richie Faulkner recently commenced the official songwriting sessions for the band's follow-up to "Firepower" album. Released in March 2018, "Firepower" was the second LP to feature the 40-year-old Faulkner, who was selected to fill the void left by founding guitarist K.K. Downing following his exit in 2011. 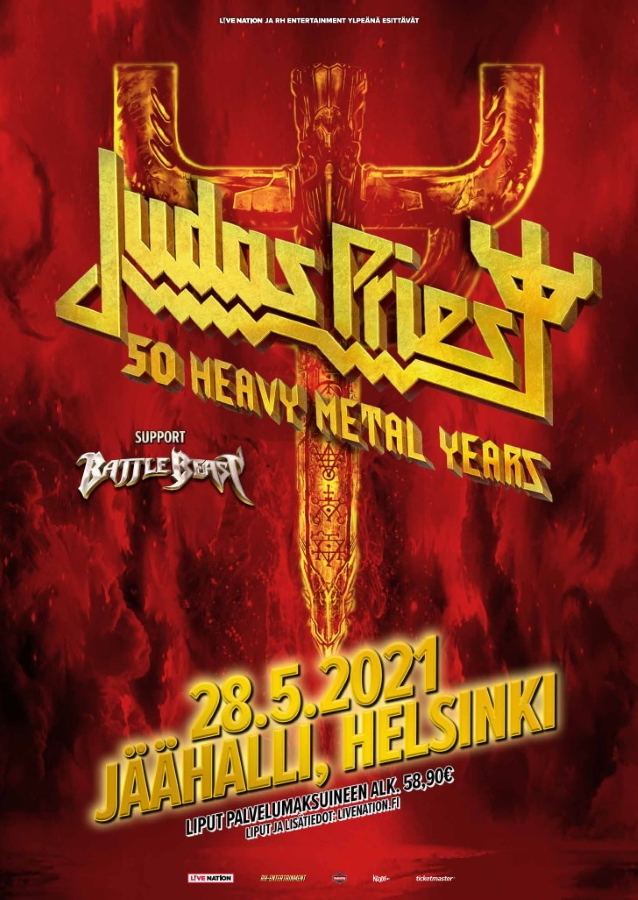