This year, more than ever, fans can expect an extreme amount of A-level heavy music, led by festival headliners JUDAS PRIEST, performing their first Austin live set in more than 25 years. The heavier than thou "Black Stage" at the 2014 FFF Fest will also include ironclad live sets from the legendary KING DIAMOND, DEATH FROM ABOVE 1979, AMON AMARTH, ROCKET FROM THE CRYPT, DEATH GRIPS, BLOOD BROTHERS, ICEAGE, SICK OF IT ALL, DEAFHEAVEN, JELLO BIAFRA AND THE GUANTANAMO SCHOOL OF MEDICINE, PISSED JEANS, PALLBEARER, THE BOTS, IRON REAGAN and many, many more. Weekend passes are on sale now at FunFunFunFest.com.

Festival producers Transmission Events will offer a sound for everyone, with a mix of new music, long-awaited reunions and fan favorites. The music lifting from the park will include indie, hip-hop, punk, electronic, metal folk and more. This year will also feature expanded comedy and action sports experiences, with a fresh lineup of comedians and riders to be announced this summer. 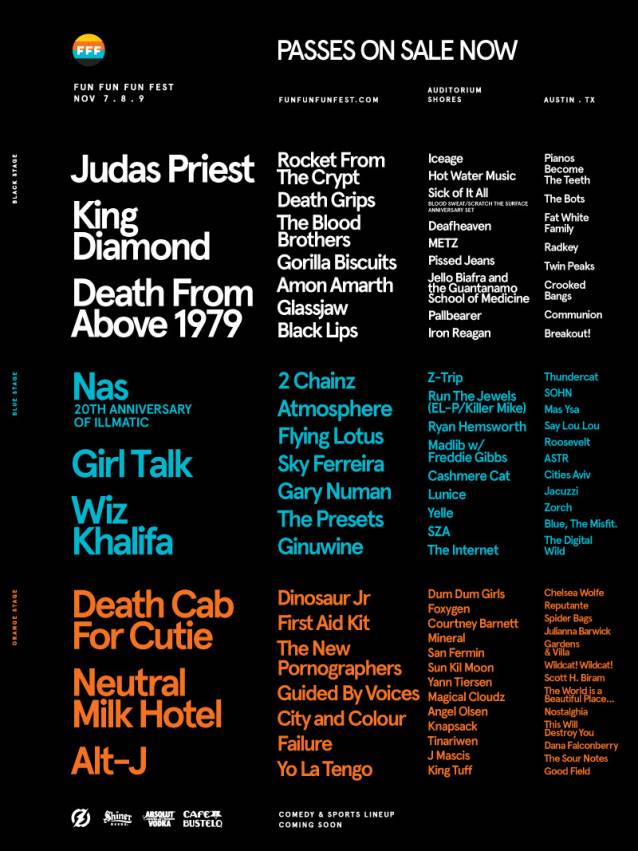