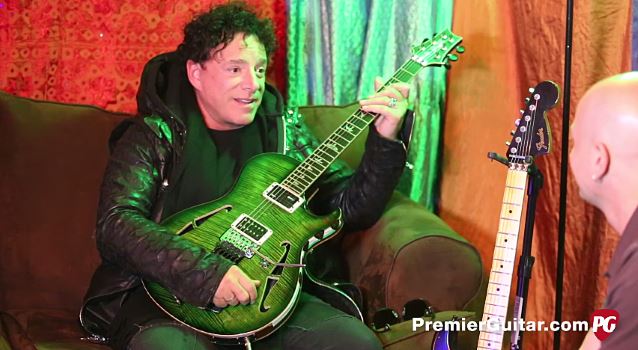 PremierGuitar.com's Steve Cook recently sat down with Neal Schon to talk about the JOURNEY guitarist's touring setup. Check out the footage below.