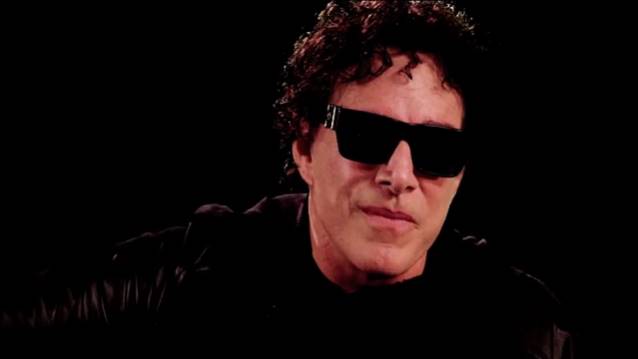 JOURNEY guitarist Neal Schon says that he doesn't care about being inducted into the Rock And Roll Hall Of Fame.

Artists are eligible for induction 25 years after their first release. JOURNEY has yet to receive a nomination despite having been eligible since 2000.

"After reading and talking to Steve Miller about what went on with him and how it was not a good experience, I don't really care right now one way or the other," Schon told Billboard.com, referring to Miller's recent revelation that his bandmembers would have to pay their own way to attend the Rock Hall ceremony, with passes running as much as $10,000 a piece. "I'd have to see what the situation is for real. I'm not about to pay money to anybody to get in anywhere. I would never do that. And at this point there's so many people in there that are not even rock 'n' roll, I don't really care about being in there at all. It's not going to make or break my life for who I've come as an artist or a person. I'm like an aspiring artist that needs to move forward and you don't move forward by settling in on what you've attained in your past. I think you're only as good as what you are right now."

But Schon added there are indications that JOURNEY may get the nod in 2017, with nominees set to be announced in the fall and inductees revealed in December.

"I think there always has been an opening for us," Schon explained. "Basically [former JOURNEY singer] Steve [Perry] has not wanted to do it. I think he probably wants to wait until he releases his solo record, which is supposed to come out this year and is probably why I'm hearing that we're supposed to get in this year."

According to Schon, there is "no communication at all" between him and Perry, who made three surprise guest appearances with EELS in 2014, prompting JOURNEY's current frontman, Arnel Pineda, to write in a tweet that Perry would be welcome to reclaim "his righteous place."

"I feel like I've reached out in every humane way I can... just to be friends, like we were," Schon said. "There's no reason not to be. I've tried to get his real phone number instead of talking through his attorney, but he will not give it to me, not even to say hello."

JOURNEY keyboardist-guitarist Jonathan Cain said that the band has made numerous attempts to reconnect with its former frontman, with no success. "We reach out to him," Cain revealed. "We've got an open chair for him if he wants to sing a song, whatever he wants. We have said that all along. He chooses to remain aloof and that's fine. Peace with him. We communicate on publishing, synchronization, licensing. It's almost 30 years since Steve's done a gig with us, so we're not holding our breath."