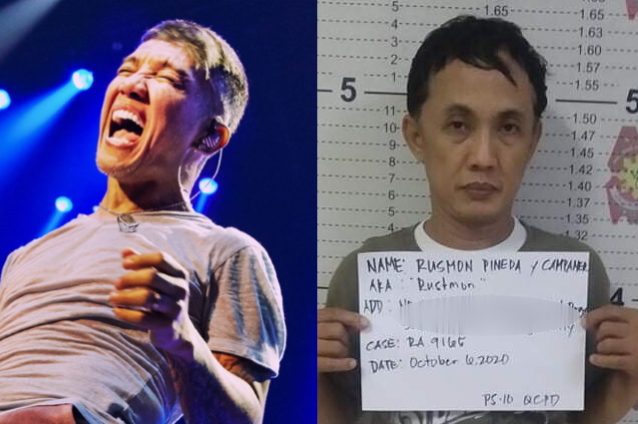 JOURNEY singer Arnel Pineda has fired back at his critics following the arrest of his younger brother for alleged illegal drug peddling in Quezon City, just northeast of Manila, in the Philippines.

According to Manila Bulletin, 51-year-old Rusmon "Rustmon" Pineda was arrested Tuesday night (October 6) for possessing four sachets of methamphetamine, worth about PHP136,000 (approximately $2,087), in a buy-bust operation. Also arrested was his cohort, a barangay watchman (tanod), who was identified as 30-year-old Rojimar Frilles. The two are facing charges for violating Republic Act 9165 or the Dangerous Drugs Act of 2002.

On Thursday (October 8), Arnel, who has been fronting JOURNEY since 2007, took to his Instagram to respond to negative comments made about him and his family in the wake of the news of his brother's arrest.

"[T]o the bashers who chose to cowardly succumb to prejudism & unkindness while hiding conveniently in the cloak of your keyboards & computer screens,there are more helpful & useful things to do,like facing your precious mirror once in a while," he wrote. "[W]ho knows,you might find yourselves as imperfect as me,my family and everyone else..

"[T]o my real friends & supporters,who knows that our friendship is eternally unbounded by time & space,you know who you are. [T]hank you for your prayers & love..[Y]ou don’t even know how much all of you have hugely blessed us by sending kind & comforting words.

Born in the Philippines, Pineda joined JOURNEY after guitarist Neal Schon discovered him leading a Manila cover band on YouTube.