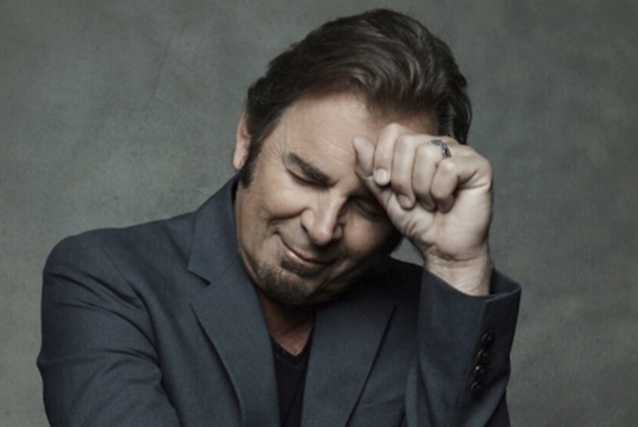 Jonathan Cain says that he has God whispering in his ear while he is working on his solo music.

The JOURNEY keyboardist, a devout born-again Christian whose minister wife Paula White-Cain delivered the invocation at Donald Trump's presidential inauguration, released his fourth solo album in as many years, "More Like Jesus", in May via Identity Records with The Fuel Music distribution.

On July 23, Cain took to his Twitter to say: "When you're writing with JOURNEY, it's songwriting by committee. It takes a lot of the band to create that stuff you know? Whereas when I'm creating for myself in worship I have God whispering in my ear, so I stay with Him and the Holy Spirit moves me through what He wants."

The "More Like Jesus" title track was written in response to Cain asking himself what he should pray for and what would be his ultimate New Year's resolution in 2018. An integral part to one of the most popular American rock bands of all time, Cain is intent on "walking his life out more in the mind of Christ."

Cain wrote all the songs and recorded and produced "More Like Jesus" in his state-of-the-art Addiction Sound Studios in Nashville with engineer David Kalmusky.

Cain later told Rolling Stone that his visit to the White House "was a historical chance to go and it wasn't political. I'm a history buff and was dying to see where all this history took place," he insisted. "I know Arnel wanted to meet the Filipino lady [Cristeta Comerford] that has worked as a chef there for 20-something years. And Neal and I weren't on speaking terms during that time. He was bashing me about my faith, so I didn't think he would want to come. That's all."

When you’re writing with Journey, it’s songwriting by committee. It takes a lot of the band to create that stuff you know? Whereas when I’m creating for myself in worship I have God whispering in my ear, so I stay with Him and the Holy Spirit moves me through what He wants.