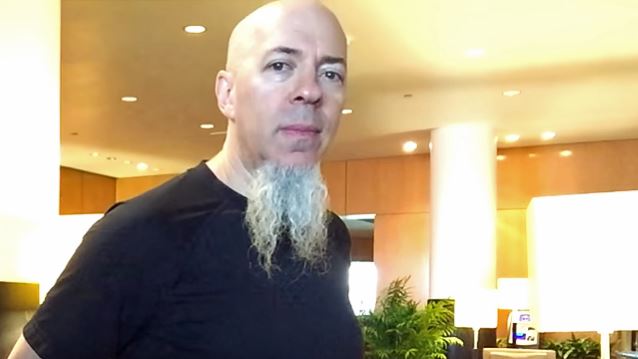 The Venezuelan chapter of Dream Theater World conducted an interview with DREAM THEATER keyboardist Jordan Rudess on April 27 in Cincinnati, Ohio. You can now watch the chat below.

Asked how DREAM THEATER plans to top this year's concept album "The Astonishing" with the band's follow-up effort, Jordan said: "I don't think it's a question of necessarily topping it. I think that this is a particular creative adventure for us, to write something that was a concept album, very much like a musical or a rock opera. I think that whatever we decide to do next, which we haven't really decided, will be something obviously very different. And we'll invest our energies into that when it comes to that. Obviously, it's not gonna be another concept album — I just don't think that would be necessarily the best thing to do — but it will be some creative adventure that we'll feel like we want to put our energies behind."