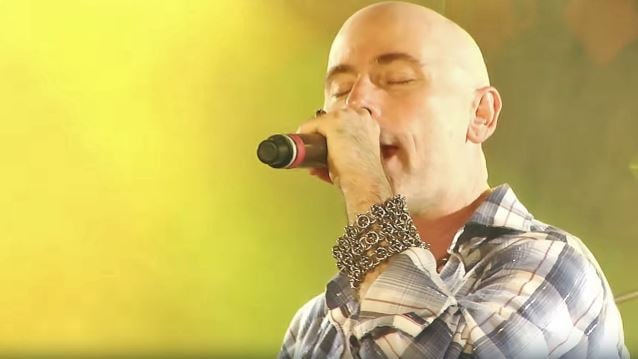 John Bush has once again admitted that he has "thought about" the idea of embarking on a special tour during which he would perform material from his time as the singer of ANTHRAX.

During an appearance on the January 20 episode of "The Rock Show With Gully And Joe", Bush was asked if he would be open to the idea of going out and playing some of Bush-era ANTHRAX songs live again, with with a new band or with some of his former bandmates in ANTHRAX. He responded (hear audio below): "I've thought about it. It's not something that is in any motion to happen. Somehow, someway, it would be cool to sing those songs.

"I am proud of all the records I made with ANTHRAX, and I think there's some great tunes there, and they're just kind of in a limbo state, which is okay. You know, one day, somehow, someway, it would be cool."

He continued: "Those guys, they're a working machine right now, and they seem to be functioning quite well. I don't have a desire to do something to kind of infiltrate them and make something uncomfortable for Joey, because I'm sure they're happy right now, and that could throw a big monkey wrench in it, and that's not my goal or desire. But that being said, somehow, one day, it would be cool to do a couple of shows playing those songs. I don't know where, I don't know how, I don't know with who, I don't have any plans to make that happen today, but maybe one day before I'm too old, it would be cool… It would be nice to do it before I need to come on stage with a cane."

The band's seventh studio album, "Win Hands Down", was released in June 2016 in North America via Metal Blade.