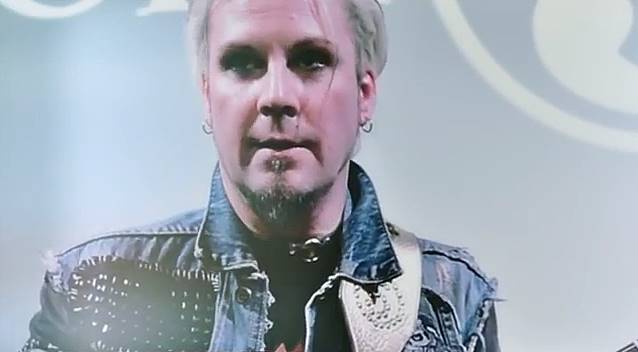 Former MARILYN MANSON and current ROB ZOMBIE guitarist John 5 (real name: John William Lowery) recently teamed up with the folks at U.K.'s Total Guitar magazine to show you how to play his electric sitar lines from ROB ZOMBIE's "Theme For The Rat Vendor". The track is played in the clip bleow on John 5's trusted Gold Telecaster. You can hear the song on the fifth album from ROB ZOMBIE, "Venomous Rat Regeneration Vendor", which sold 34,000 copies in the United States in its first week of release to land at position No. 7 on The Billboard 200 chart. The record arrived in stores on April 23 via Zodiac Swan/T-Boy/Ume. The CD was produced by Bob Marlette, who has previously worked with everyone from BLACK SABBATH and ALICE COOPER to WILSON PHILLIPS and LYNYRD SKYNYRD.